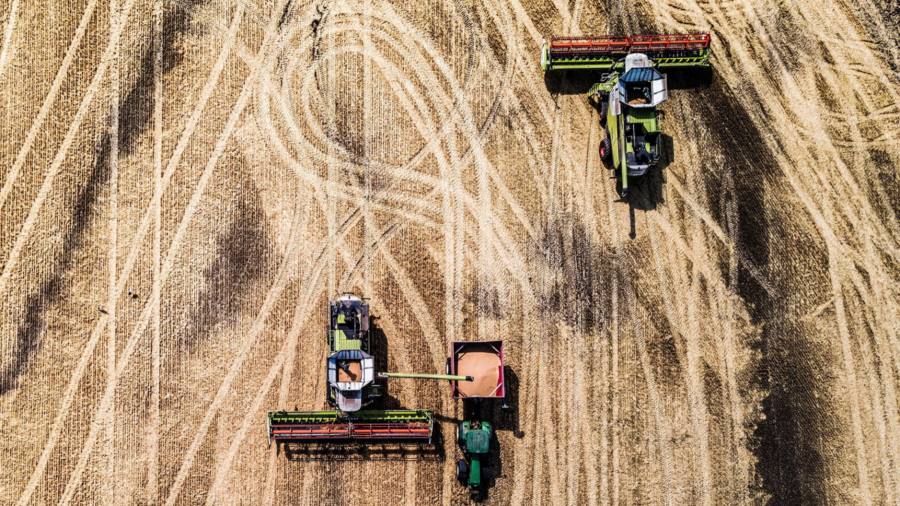 Russia’s widely condemned war against Ukraine is taking lives, destroying infrastructure and disrupting energy and food supplies. At the same time, China’s intransigent stance on controlling Covid-19 and its standoff with the United States and Europe – highlighted in part by Taiwan’s standoff – are creating blockages to the movement of people, ideas and trade.

While these trends have not yet led to overt de-globalization, they have certainly caused significant disruption and are drawing new patterns. They have suspended or reversed the closer East-West integration of recent years in many areas, including business education.

Nonetheless, this year’s Financial Times ranking of executive MBA programs shows strong performance in East Asia as well as Russia. This reflects the painstaking work of institutions to create campus alliances, partnerships and networks in different parts of the world – to capitalize on the growing demand to study and understand varied regions, encourage exchanges and cultivate personal networks.

However, recent turmoil means some of these relationships are starting to look less certain for the future. As we note in this magazine, politics trumps business, and the study of the intricacies of geopolitics is becoming an essential part of some business schools’ curriculum alongside their more traditional offerings.

Find out which schools feature in our EMBA degree rankings. Also find out how the chart was compiled and read the rest of our coverage at ft.com/emba.

This means that some of our top-ranked programs need to take stock and adjust their content and input. The resurgence of international student flows remains uneven, and some schools are now looking more to their own national or regional markets for recruits.

Digital and technological knowledge – as well as sustainability – are always in high demand, and in our New Research series, we publish the work of an MIT professor on the changing roles, obligations and potential solutions for social media companies under pressure to fight manipulation and distorted content on their platforms.

We also describe a recalibration of the labor market—after a period of “peak technology”—that has implications for training. As growth slows in many parts of the world and interest rates rise, the glare has wiped out some aspects of fintech, distracting some people from careers in businesses such as crypto and buy-now finance. , pay later” and to more traditional banking services.

Some business schools are more actively embracing technology themselves, learning from the lockdown to continue teaching more online – if only, in some cases, as a way to bring in a wider range of speakers and of students in the “classroom”.

Wharton, for example, recently broke ranks with key peers by launching a global EMBA that will be primarily distance-taught (but charged at the same price), with students attending intense face-to-face sessions in different cities to cultivate their networks and meet their teachers for less formal exchanges.

As Andrew Hill writes in his column, employers in the post-pandemic era risk making mistakes if they simply demand that their staff return full-time to their old offices, the “expensive containers” of work.

They will have to consider new mixed employment patterns, new designs for the workplace and, more fundamentally, “the need to reinvent old habits of work and management”.

Hill cites alternative models, including offices that transform into community facilities during off-hours. It is no coincidence that examples such as the Lego headquarters in Denmark are nicknamed a “campus”. Universities have long offered a model of mixed work, study and leisure and must evolve for their own survival and help prepare students for changing models, structures and organization of work.

Executive MBAs remain popular among mid-career managers, many of whom are eager to reflect and learn new skills – not just to seek promotion, but often to change majors or employers, or to create their own. start-ups. Schools are embracing greater flexibility in recruiting and supporting a more diverse range of applicants.

As always, readers using our rankings should put them into context. They provide a snapshot in time, based on data including the outlook and current status of alumni who completed their courses three years ago. The ranking encompasses a range of factors, including salary outcomes, perceptions of value for money and career support, and diversity and quality of research.

The different data points are weighted according to our judgment of which factors are considered important, in part based on students’ own opinions of what matters most. But rankings can only ever be a factor in deciding if and where to study for an EMBA – especially in today’s uncertain world.

Schools in the spotlight

The Kellogg/HKUST EMBA leads for the third time in five years. The school moved up five places to third for experience and seniority of those joining the program, and 32 places to the top of the international course experience category. Alumni interviewed for the ranking highlighted the importance of global networking at international campuses. One graduate wrote, “Collaborating in various groups really helps you figure out how to resolve conflict in this setup.

Ranked second overall for three consecutive years, the Shanghai school is the leading single-school EMBA provider. Additionally, his alumni earned the second highest average salary of $519,782. The location and networking opportunities were praised: “Having the opportunity to work and share time with senior Chinese and non-Chinese fellows has [been] deeply rewarding, providing me with insider knowledge and reach into this market,” one alumnus wrote.

The US school, which is ranked 14th overall, tops the goals achieved category: the extent to which alumni have achieved their goals for starting an EMBA, such as promotion, career change, or development management skills. A graduate interviewed for the ranking said, “The student-to-faculty ratio was a significant advantage, with unrestricted access to top thought leaders from academia and business.”

Back in the top 10: Washington: Olin

After three years, Olin is back in the top 10 at number nine with his China-based EMBA. The US school’s rise is partly due to alumni earning the sixth-highest average salary at $398,893. The EMBA also ranks 10th in the work experience category, measuring graduates’ level of professional expertise prior to study, length of positions held, and any overseas work history. The last time the school reached the top 10 in this category was in 2017.

HKU alumni reported 115% higher average salaries three years after the course, averaging $274,175. Overall, HKU moved up 14 places to 18th, improving in categories such as career progression and international course experience. Alumni have praised the design of the program”[It] broadened my knowledge of business and management, and gave me the chance to meet many business elites in different industries,” said one.

Emory University: Goizueta is the biggest climber, jumping 27 places to 36th place. Alumni reported salaries on average 89% higher between before the EMBA and three years after, an increase of 44 percentage points year over year. Improved performance in the international course experience and research categories propelled the Atlanta school higher in the rankings. Alumni praised the leadership modules, career service and networking opportunities.

The Australian school, in 67th place, is the highest new entrant. About three in four graduates achieved their goals or reasons for doing the EMBA, and alumni reported a 44% salary increase from before the EMBA to today. One survey respondent said, “I gained a broader understanding of the business world, thanks to an invaluable skill set, mindset and network of professional contacts.” Entrepreneurship courses and teachers were also praised.

The only school in the ranking to achieve gender parity for the most recent cohort of students is the Graduate School of Management at Saint Petersburg University. The school has increased its proportion of female students by 33 percentage points since it was last in the rankings in 2020. Alumni noted that the diverse cohort was an important factor for successful learning. The school also has a 50/50 split of male and female faculty. 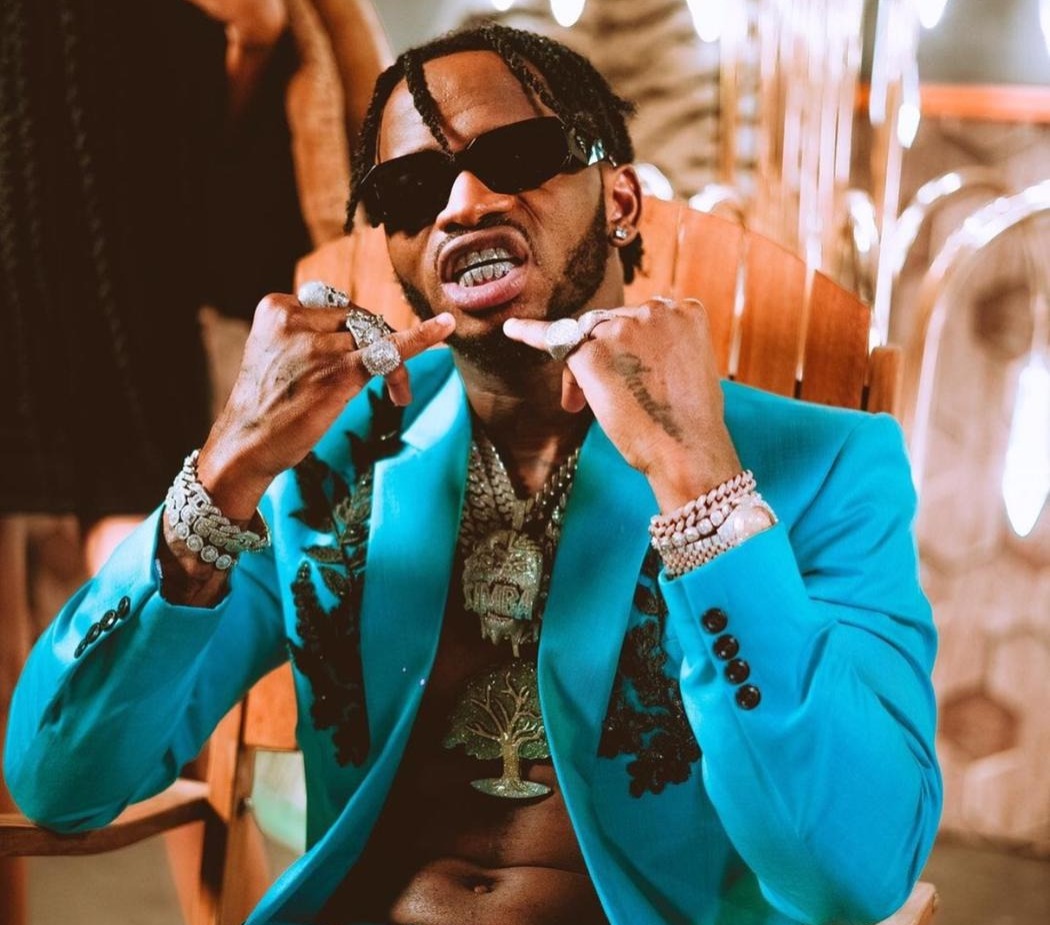