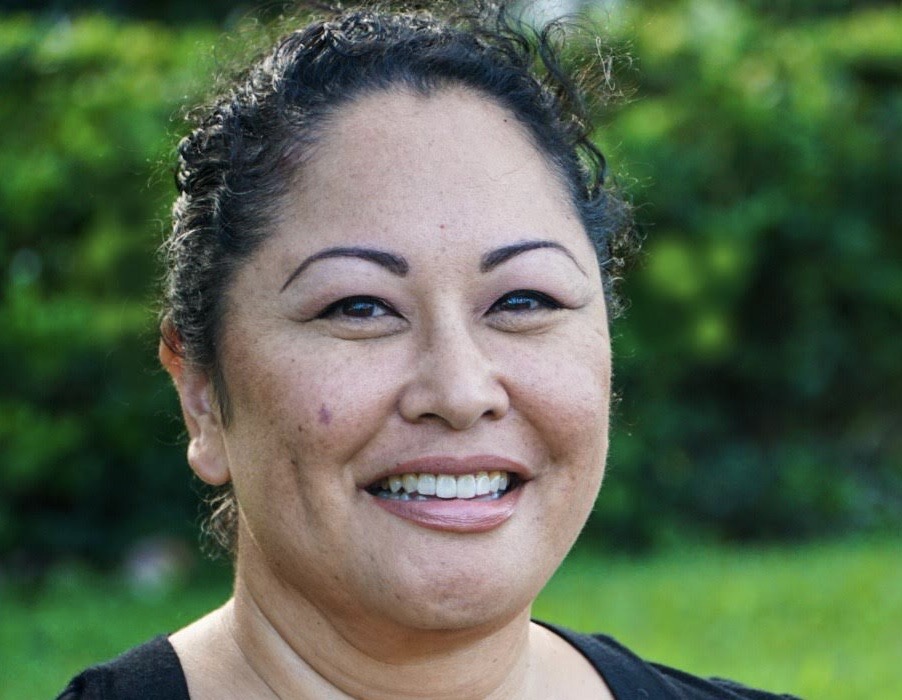 Editor’s note: For the August 13 primary elections in Hawaii, Civil Beat asked candidates to answer a few questions about where they stand on various issues and what their priorities would be if elected.

See Civil Beat’s election guide for general information and learn about the other candidates in the primary ballot.

1. What is the biggest problem facing your district and what would you do about it?

Speaking with residents of my district, there was no common problem for all districts. I heard concerns about development, homelessness, safety, fireworks, feral cats/chickens, parking issues, and overcrowded schools. Some mentioned abandoned cars in their neighborhood and a street that was used as a dump.

The only thing I want to do is get the district to talk about what’s going on. When I spoke to the residents, they were surprised that other people shared the same concerns. The community has to decide what they want to do with the issues, this is their home and if I am their representative I want to facilitate and amplify their voice.

2. Many people have been talking about diversifying the local economy for many years now, and yet Hawaii still relies heavily on tourism. What, if anything, should be done differently regarding tourism and the economy?

If we are going to depend on tourism, let’s invest in the people who work in the industry. We are nothing without them.

When we talk about diversifying the economy, we want to educate our children and have them stay, but to answer the next question, we don’t want them to be the struggling 60%. We have to provide opportunities. As our high schools create career or pathway academies, this should be in high demand jobs here in our state. For example, Campbell High School has an A+ certification path in addition to its computer science path. After graduating, students could then choose to attend UHWO for cybersecurity, UHM for computer science, or go to community college.

If we’re creating high school pathways for kids, they should be on a continuum that allows them to be successful in Hawaii so they can afford to stay. We must raise dynamic children who will one day become good neighbors and citizens for us. This is just one example, but we need to invest in more than tourism. Hawaii is much more than a vacation spot. It’s our home.

3. An estimated 60% of Hawaii residents are struggling, a problem that goes well beyond low income and into the disappearing middle class. What ideas do you have for helping middle class and working class families struggling to continue living here?

Much of what residents have to pay is for housing. So I searched the internet for “normal housing cost within a budget” and the number that came up frequently was “no more than 30%”. This included all things related to housing, not just rent. I searched for rent in Ewa Beach and found a two bedroom townhouse for $2,400. If it was exactly 30%, the income would be $8,000/month or $96,000/year. We’ve all seen the cost of food, gas, and just about every consumer good rise recently, so earning $100,000 a year doesn’t seem like enough anymore.

The straightforward answer to help someone continue to live on that budget is to pay more or reduce their expenses and therein lies the conundrum. Where does the money come from? There are no easy solutions to these kinds of problems. I’m doing my best to answer these questions, but just giving people opportunities when they’re struggling right now isn’t enough.

4. Hawaii has the most lopsided legislature in the country, with only one Republican in the Senate and only four in the House. How would you ensure an open exchange of ideas, transparency and accountability of decisions? What do you see as the consequences of single-party control, and how would you address them?

Each community chooses its representative and its senator during an election. Although there are only a few Republicans in our legislature, Republicans and Democrats have a wide range of opinions that sometimes cross party lines. We need to make laws in the open, have discussions in the open, and always allow public testimony.

As far as single party control is concerned, only this community decides who represents them, but every vote counts, Republican or Democrat.

5. Hawaii is the only western state without a statewide citizens’ initiative process. Do you support such a process?

6. Thanks to their campaign war chests and name familiarity, incumbents are almost always re-elected in legislative races in Hawaii. Should there be term limits for state legislators, like there are for the governor’s office and county councils? Why or why not?

When I’ve answered questions like this before, I said yes. After thinking about it more, I believe the issue is more about campaign finances. Incumbents are almost always re-elected because of course they know how to campaign, but also because they have the money to do so. Campaigning for office doesn’t come cheap and I mean time and money. Citizens are not very engaged in government and you can tell that many vote on name recognition alone.

Term limits are there to counteract this when in reality we want more engaged citizens. I’d like to see a more in-depth discussion of campaign finances and what that money does or intends to do before I talk about term limits. I don’t know if term limits are the root cause of the problem.

7. Hawaii has recently experienced a number of significant corruption scandals, prompting the state’s House of Representatives to appoint a commission to improve government transparency through ethics and lobbying reforms. What will you do to ensure accountability in the Legislative Assembly? Are you open to ideas such as requiring enforcement of the Sunshine Law and open documents laws in the Legislative Assembly or banning campaign contributions during the session?

I would push for ethics and lobbying reforms that make sense. I would be open to seeing how the Sunshine Law and open case laws would apply to the Legislative Assembly.

8. How would you make the legislature more transparent and accessible to the public? Opening of conference committees to the public? Stricter disclosure requirements on lobbying and lobbyists? How could the Legislature change its own internal rules to be more open?

I want the legislature to maintain hybrid meetings: in-person and online. The ability for people to testify remotely is key to being more accessible. We should also see more in the process of drafting, editing and publishing bills. I want the public to see where the changes were made and who made them.

Yes, conference committees should be open to the public. Yes, we need more disclosures about lobbying and lobbyists.

9. Hawaii has seen growing division on politics, development, health mandates and other issues. What would you do to bridge these gaps and bring people together despite their differences?

I have to try to understand where someone is coming from so I can recognize the gap. People can come together in one place (virtual or in-person) and have discussions in a scheduled format that would allow people to be heard.

The idea is not to convince someone to change their position, but to understand where the other person is coming from so that they can choose to move themselves if they wish.

10. The coronavirus pandemic has exposed many flaws in Hawaii’s structure and systems, ranging from outdated technology to economic disparity. If you could take this moment to reinvent Hawaii, to build on what we’ve learned and create a better state, a better way of doing things, what would you do? Please share a great idea you have for Hawaii. Be innovative, but be specific.

We took a break and got to see what Hawaii was like without tourists, when it was just us. Let’s design this place as we want it to be. We can’t stop people from coming here, our state is amazing, but surely we can put limits on how we want our natural resources to be used and respected.

We cannot replace our environment if we ruin it beyond repair. Hawaii is consistently ranked among the healthiest states and we should match that with being good stewards of our land, air, and water. Everyone should have access to safe drinking water. Let our actions speak louder than our words.

Sign up for our FREE morning newsletter and face more informed every day.