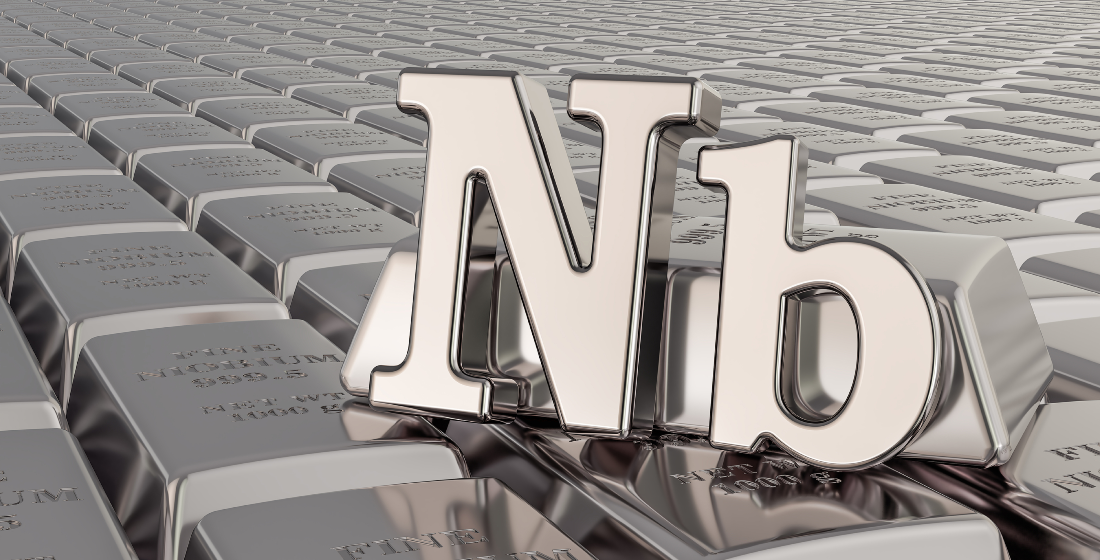 Last week, China Molybdenum Brazil (CMOC Brazil) closed a $600 million pre-export financing (PXF) for niobium out of Brazil. This is one of the largest niobium mining/metals financings to date, and certainly the largest structured niobium commodity financing ever. CMOC Brazil is one of the world’s leading niobium producers.

The timing and scale of this transaction demonstrates the focus on financing security of supply for specialty metals and minerals used in strategic and transition industries. Niobium, which has superconducting properties and is highly heat resistant, has traditionally been used in specialty alloys and stainless steel production, but is increasingly sought after for jet engines, electric vehicles (EV ), industrial magnets, electronics and other specialty applications.

The deal was completed on May 18 for a total amount of $600 million. There is also a $100 million accordion feature tied to the deal. The duration of the transaction is five years, which is a significant period for such a large loan in this sector, but of course this is guaranteed by the drawdown agreement.

Interestingly, although the transaction is classified as PXF, it also has a bridging loan element. It’s not entirely clear how this breaks down. However, the company widely notes that the structure: “achieves the optimization of the financial costs and the financing structure of CMOC Brazil, and further helps it to reduce costs and increase efficiency”.

And, when asked about the sustainability elements attached to the transaction, CMOC told TXF, “Given the tight documentation schedule, it is not included in the current loan documents. However, we are working with legal counsel and lenders to see if it is possible to include sustainability features in the loan after drawdown.

IXM’s role as a buyer

Of course, the role played by IXM as a buyer is crucial for this PXF. PXF is backed by ferroniobium products taken by IXM, the world’s third-largest base metals trading company. IXM primarily markets copper, lead, zinc, aluminum, nickel, cobalt and niobium.

According to CMOC Brazil, the offtake agreement with IXM will last for up to seven years. It is expected that a large part of the levies will go to production companies in China, but also to other selected companies around the world.

IXM is a 100% subsidiary of the CMOC group – an acquisition that was only secured in mid-2019. IXM was previously the metals trading business of commodities trader Louis Dreyfus.

CMOC held an indirect 45% stake in the metals trading arm through the NCCL Natural Resources Investment Fund with an initial $466 million in a deal in mid-2018. At this time, Louis Dreyfus Metals becomes IXM. Shortly after, CMOC announced its intention to purchase the remainder of IXM. After a number of regulatory checks, CMOC completed the purchase of the remaining 55% shares from China Anxing Asset Management with a payment of $518 million in mid-2019.

At the time, CMOS announced, “The metal trading business will become an important part of the company’s business…and enhance the company’s international competitiveness and influence in the industry.

Of additional interest is the funding that IXM raises for its own operations. Traditionally, IXM has approached the market for a Revolving Credit Facility (RCF). This was the case again at the end of 2021, but this time and for the first time, the Swiss-based trader organized a sustainability-related RCF of $444 million using Ecovadis’ ESG ratings.

This was made possible after IXM achieved its first EcoVadis rating for its sustainability performance. IXM has achieved a silver rating, which places the company in the top 25% of its industry (ISIC category). If IXM improves its ESG rating above a pre-agreed target, a margin discount is collected. On the other hand, if the rating of the company deteriorates, it will have to pay a premium on the margin. The EcoVadis assessment evaluates 21 sustainability criteria on four main themes: environment, labor and human rights, ethics and sustainable procurement.

Rapid success in Brazil for CMOC

CMOC Brazil has had a significant growth trajectory over the past few years, and in Brazil it is now not only a major producer of niobium, but also of phosphate fertilizer.

The Brazilian success story really took off in 2016 when CMOC purchased Anglo American’s Brazilian niobium and phosphate businesses for a total cash consideration of $1.7 billion. The funding was secured in part through a $540 million loan from the Bank of China, a $260 million direct loan from China Exim, and commercial loans of $50 million each from ICBC and China. Minsheng Banking Corp. Barclays and Deutsche Bank acted as financial advisers in this agreement. .

The purchase included outstanding shares of Anglo American Fosfatos Brasil and Anglo American Nióbio Brasil. CMOC already held a 63% stake in the companies. The niobium and phosphate activities are located in the states of Goias and Sao Paulo.

At the time, CMOC Chairman and Chief Executive Li Chaochun said, “This transaction marks a strategic milestone for CMOC, giving us a foothold in three international mining jurisdictions, Brazil, Australia and China. This demonstrates our disciplined approach to international growth of acquiring high-quality assets while achieving earnings, commodity and geographic diversification.

In a statement, the company noted, “The niobium business is an important strategic addition to CMOC’s current molybdenum and tungsten business, as it is a critical value-added input for the production of specialty alloys and steel. The phosphates business provides strategically important diversification benefits to the company’s metals portfolio. »

In 2019, CMOC produced 7,489 tonnes of niobium in Brazil, making it the second largest niobium producer in the world. Operations focus on the mining and processing of niobium with ferroniobium as the main product. CMOC Brazil primarily processes niobium through crushing, screening, concentration, leaching and smelting. By 2021, CMOC Brazil’s niobium metal production had increased to 8,586 tonnes per year. In addition, the company has achieved an annual output of phosphate fertilizer of 1.12 million tons.

Over the past 18 or so months, the company finds that it has significantly improved its operational performance. This was done through the governance of the Chinese management team and the establishment of a new model of “China-led Sino-Brazilian integrated management” by promoting management reform, cost reduction and efficiency improvement, contract compensation, cultural construction and technical assistance. research etc.

In addition, in the first quarter of 2022, CMOC Brazil’s niobium wafer technology research achieved initial results, with a year-on-year increase of around 30% in niobium production. And with the latest success of the $600 million syndicated PXF, the company looks set to take bigger steps with the funding in place to improve overall production efficiency and overall security of global supply.