One of Iran’s biggest cash cows, the Mobarakeh Steel Company, is reeling from the publication of a lengthy parliamentary inquiry that alleges $3 billion in corruption linked to the administration of former President Hassan Rouhani.

Since Iran’s parliamentary inquiry committee read his damning allegations on August 18 following a three-year investigation, Iran’s stock exchange has suspended trading in Mobarakeh shares and hardline President Ebrahim Raisi has called for the dismissal of the company personnel involved in the report.

The allegations have sent shockwaves reaching the upper echelons of power in Iran, which has vowed for years to tackle rampant corruption as it suffers from an economic crisis that has fueled public unrest.

Targeting the Mobarakeh Steel Company, located near the city of Mobarakeh in the central province of Isfahan, investigators have gone after Iran’s largest steelmaker and producer of around 1% of the country’s gross domestic product. The release of the report also comes at a time of high hopes that reviving the 2015 nuclear deal between Iran and world powers could end tough export sanctions imposed on the giant. steel and other large industrial enterprises.

Reading the 300-page survey contained a number of bombshells, many of which implicated the administration of Rouhani, a relative moderate who was in power from 2013 to 2021.

Based on more than 3,000 documents and 1,200 files, the report alleged that senior Rouhani government officials had received bribes and interfered in the awarding of public contracts to the company, and that huge sums had been were sent to branches of the Iranian army, the regional police of Isfahan province, and those responsible for Friday prayers.

The report also alleges that illicit rent payments were among the 90 breaches discovered, along with payments to consultants who never provided services, illegal stock market transactions involving subsidiaries, and the signing of an inflated contract with a undisclosed and unqualified Chinese company contracted to build a steel rolling platform.

The investigative committee also accused Mobarakeh of making mysterious payments to the state broadcaster, Islamic Republic of Iran Broadcasting (IRIB), and of spreading information on social media and through other media that “ created an atmosphere against the inquiry of parliament”.

Parliament, dominated by hardliners, voted overwhelmingly to send the findings back to the judiciary.

On August 22, Gholamhossein Mohseni, the head of the judiciary, promised quick action. He said that because such allegations “create a negative mentality” among the public, it was necessary to handle the next stage of possible criminal prosecution with “extreme precision and speed”.

As of August 23, the judiciary had not yet received the results of the investigation, which had recently been hailed by Mobarakeh as a way to streamline its operations. Parliamentary representatives told Iranian media that, if necessary, those accused of crimes would be prevented from leaving the country and would be questioned as part of an independent investigation.

Raisi, who lost to Rouhani in the 2017 presidential election and succeeded the two-term president after being elected in August 2021, wasted no time in publicly calling for heads to roll.

While thanking the Ministry of Industry, Mines and Trade for implementing “management changes” at the steel giant in the year since he took office, Raisi said said on August 21 that “all those responsible for violations found at Mobarakeh Steel should be fired and charged.” “

“The government is increasing transparency and oversight of state-owned enterprises and considers itself obligated to deal with all cases of corruption,” he added.

The Mobarakeh Steel Company is a “semi-public” company, most of whose shares are held by government entities as well as various private and public joint-stock companies. It employs around 350,000 people and its management is appointed by the government.

The alleged bribery amounts to about a third of the company’s estimated $10 billion worth. Trading in shares of Mobarakeh Steel Company was suspended on Aug. 20 by the Tehran Stock Exchange, which said trading will not resume until the company’s financial situation is clarified.

Ehsan Mehrabi, a Berlin-based journalist who previously covered Iran’s parliament, told RFE/RL’s Radio Farda that corruption in Iran has become a “systemic phenomenon” and that the Mobarakeh procedure could expose the weakness of the judicial system in Iran. to face.

“The difference with this case is that there is a legal structure in place,” Mehrabi said. “They will say that they were authorized to give these bribes, and that the money was not spent on personal business but rather on government institutions.”

Mehrabi explained that the parliamentary inquiry, which began at the start of Rouhani’s second term, can be seen as a political affair. He also noted that Raisi himself was a former head of the judiciary and may be in a position to benefit from the alleged corruption.

“The issue of the fight against corruption must be taken seriously,” he told the judicial authorities during a meeting in June. “In the judiciary, in the executive branch and elsewhere, there are certain structures that naturally create corruption. These structures must be dismantled.”

Previous governments and presidential candidates have touted efforts to curb corruption, and it has become a trend for new governments to blame the country’s corruption and economic woes on their predecessors.

Former President Mahmud Ahmadinejad, who as a candidate brought charges against ‘corrupt officials’ and private ‘looters’, was himself accused of leading a corrupt administration after leaving office after two terms .

Rouhani embarked on economic reforms upon taking office in 2013. He cited ending government corruption as a way to revamp the country’s subsidy program, which has been crucial for crisis-hit Iranians economic and unemployment caused in part by international sanctions imposed because of concerns. surrounding Tehran’s nuclear program.

Rouhani has also sought ways to secure relief from international sanctions, many of which were dropped after Tehran and world powers signed a landmark agreement in 2015 that limited Iran’s sensitive nuclear activities in exchange for the withdrawal of many. crippling punitive economic measures.

Accused of being used as a source of income for an alleged terrorist network based in Iran, the Mobarakeh Steel Company was among the companies blacklisted by the US government in 2018 and was subsequently targeted by additional sanctions.

As months of negotiations between world powers and Tehran look set to revive the stalled nuclear deal, Iran’s stalled economy could get a major boost. Even then, economists said endemic corruption and mismanagement are likely to hamper Iran’s economic recovery.

Despite sanctions against Mobarakeh, Iran has touted the company’s growth as an exporter. But the country suffered from shutdowns due to power shortages and low supplies of domestic steel for export, and cracks in the steel industry as a whole began to appear after the large-scale invasion of Ukraine by Russia in February.

In May, the World Steel Association estimated that Iran’s steel output fell 18% from the previous month, and nearly another 11% in June.

The fall was widely attributed in Iranian media to Russian efforts to boost sales of its steel due to international sanctions introduced after its invasion of Ukraine.

In July, steel production in Iran, the world’s 10th largest producer, was up 34% over the previous month.

After the suspension of trading in Mobarakeh steel on the Tehran Stock Exchange, one of four in Iran, the stock market fell sharply on August 22. 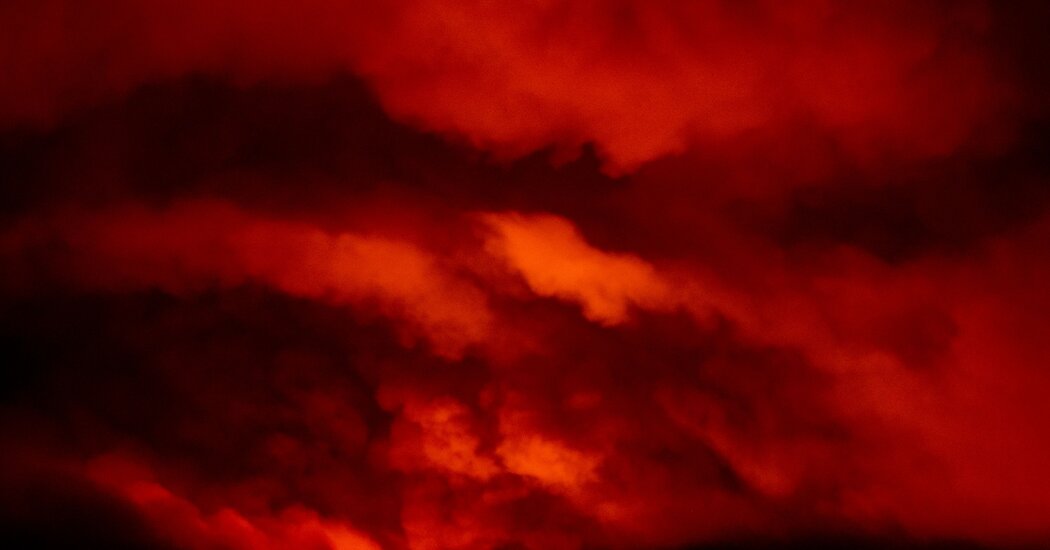