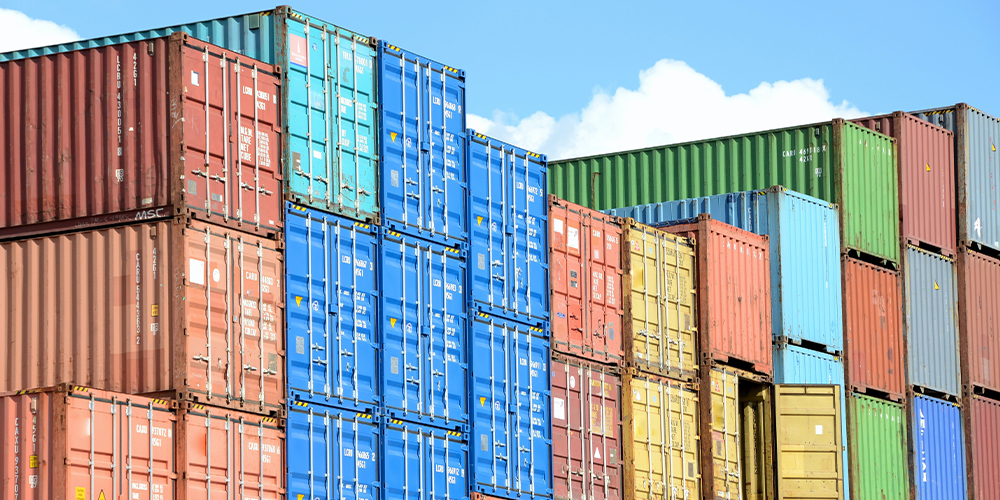 Covid-19 is changing the pattern of globalization

Globalization is experiencing a number of profound structural changes that we are only beginning to understand.

World trade has lost its importance. It was a major engine of global economic growth between the early 1990s and the onset of the 2008 financial crisis. Trade grew at an average annual rate of 7% between 1992 and 2006, nearly double the rate. average growth rate of 3.7% in global gross domestic product.

In the ten years since the financial crisis, the world economy grew at about the same rate, 3.5%, but world trade grew at a rate well below 2.5%; it was no longer the main driving force. The pandemic then caused a disproportionate shock to trade, which contracted 5.5% last year, helping to shrink the global economy by 3.3%.

Rising incomes in China and other emerging markets have eroded the labor cost advantage. When companies decide where to open a new factory, cheap labor is no longer the predominant factor.

Protectionism has increased. Even before former US President Donald Trump made trade wars all the rage, many countries had resorted to a wide arsenal of trade barriers, ranging from tariffs to local content requirements.

The pandemic has highlighted the vulnerability of global supply chains to shocks that can take various forms, from natural disasters to geopolitical tensions.

The most serious and unexpected problem was the pandemic; it added to the continuing disruption of trade and wreaked havoc on domestic production sectors. The consequences have been staggering. If you are in the United States and want to order a new car today, you will likely have to wait a year for delivery. If your refrigerator breaks down, good luck finding a new one. When Federal Reserve Chairman Jay Powell says he is confident these problems will resolve themselves in a matter of months, many people in the business world have to roll their eyes.

Key commodities are also gaining in economic and geopolitical importance. Technological innovation makes certain raw materials more sought after than ever. Lithium is essential for the development of batteries and electric vehicles. Rare earth metals are essential for electronics, clean energy and the military. Titanium is needed in aviation, space technology, and healthcare.

In short, a limited number of natural resources hold the key to industries that will foster prosperity and ensure national security for decades to come. But the reserves and production of these natural resources are unevenly distributed, often concentrated in countries like China and Russia. This has encouraged many countries to take an active strategic approach, where natural resources and supply chains become a geopolitical asset. China, for example, has made no secret of its goal of achieving global leadership in most high-tech industries.

Along with these considerations, industrial companies are changing their strategies. They have already started to respond to the new global situation by striving to make their supply chains more flexible and resilient. It means making supply chains more local. They take advantage of innovations such as manufacturing platforms that provide real-time access to a wider range of suppliers and 3D printing that enables smaller-scale, more distributed production. This began to lead to a relocation of production and jobs to the United States and other developed economies. Some companies are also working to develop strategic natural resource reserves in the United States. Western governments are taking this into account, prioritizing investment in infrastructure as well as research and development to support domestic investment and innovation.

These changes are persistent and reinforce each other. Governments around the world are exercising extreme caution and reluctance to ease the myriad restrictions imposed in response to the pandemic. In the end, the Covid-19 will have disrupted our economies and our lives for at least two years. The fear of a new pandemic will influence individual and economic behavior for even longer.

Economic and geostrategic competition between the United States and China will dominate the world stage in the coming decades. The rediscovered importance of national economic priorities is also here to stay. International media like to present the return of globalist leaders like President Joe Biden in the United States and Prime Minister Mario Draghi in Italy, in contrast to the demonized populist tendency embodied by Trump and Brexit.

But the truth is that governments will remain much more focused than ever on local jobs and incomes, especially once they exhaust current opportunities to maintain local living standards through debt-financed tax subsidies.

Finally, technological innovations are reshaping economic incentives. The ability to access manufacturing platforms, shorten supply chains, and get closer to customers creates significant savings and efficiencies that will continue to drive businesses toward more flexible, distributed modes of production. and localized.

We have a very natural, very human desire to think that after the pandemic, life will go back to how it was before. Policymakers tell us that inflationary pressures and supply disruptions will be short-lived. We are told that we will only keep the positive changes of the last fifteen months: the flexibility to work where you want, the courage to reinvent yourself. Don’t be fooled. Very important structural changes are taking place.

Supply chains will become more flexible, digital and localized. Countries will need to invest more in securing and developing essential raw materials. Global trade will remain under a heavier cloud of uncertainty. Global economic competition will intensify. Facilitating innovation and investing in skills and infrastructure will be crucial as the gap between winners and losers widens. Globalization will not go away. It still offers huge economic benefits. It will be a very different, more difficult and more adversarial game, however. Businesses will have to navigate this new world, using technological innovation to retain some of the key benefits of globalization while limiting the risks.

The global economic game will be very different. Get used to it.