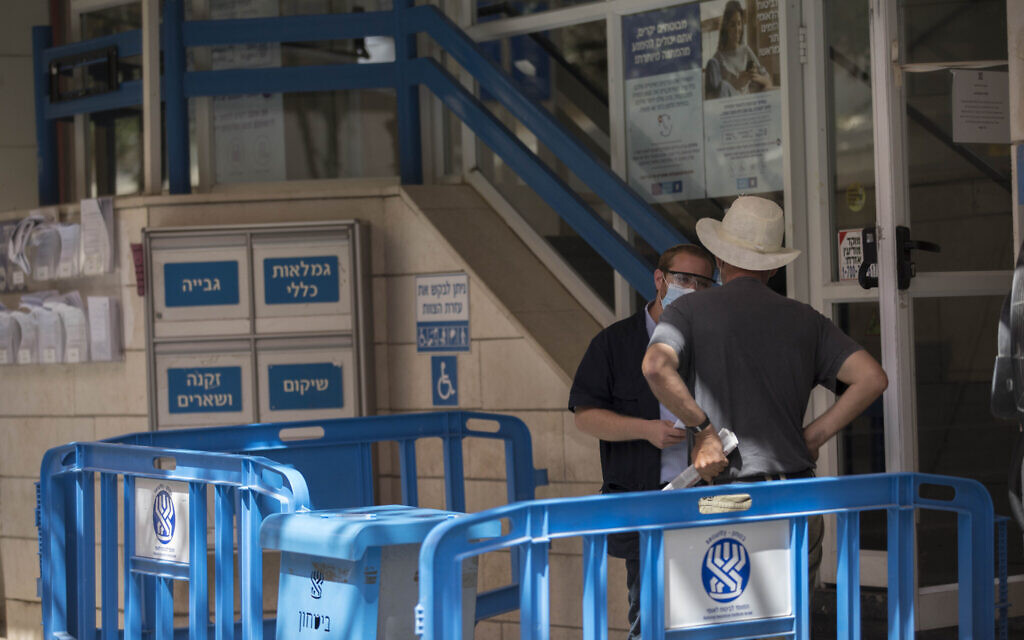 
Israel has paid more than 39 billion shekels ($ 12 billion) in unemployment benefits since the start of the COVID epidemic, according to figures from the National Insurance Institute.

The unemployment model adopted in March 2020 ended on Thursday after the Knesset voted to update the program and drastically cut benefits. Under the new law, the majority of Israelis under the age of 45 will stop receiving benefits. Those over 45 will see their current payment level reduced and their benefits will continue until the end of October.

More than 200,000 people stopped receiving benefits on July 1 under the new plan, according to Channel 12, and about 182,000 will continue to receive them for some time.

According to the National Insurance Institute, anyone who loses their job after July 1 will be assessed according to standard unemployment laws that existed before COVID. But the period of time an employee must have worked before they can claim unemployment has been lowered from 12 months to six months.

By registering, you accept the conditions

Finance Minister Avigdor Liberman had pushed for sweeping changes to the existing unemployment model to get people – especially young people – to return to work.

According to Liberman, the move will help fill some 130,000 vacancies, as the economy has come back to life with the near eradication of the coronavirus.

The Central Bureau of Statistics announced last month that there were 133,000 positions available in May, the highest number since statistics began to be kept in 2009.

The director general of the National Insurance Institute, Meir Spiegler, told Channel 12 that the new law “is balanced, progressive and provides a solution to a number of populations who have fallen into crisis and have not still found the ability to enter the labor market “.

I am proud to work at The Times of Israel

I’ll tell you the truth: life here in Israel is not always easy. But it is full of beauty and meaning.

I am proud to work at The Times of Israel alongside colleagues who put all their hearts into their work day in and day out, to capture the complexity of this extraordinary place.

I believe our reporting sets an important tone of honesty and decency which is essential for understanding what is really going on in Israel. It takes a lot of time, commitment and hard work on the part of our team to achieve this.

Your support, by joining The Times of Israel community, allows us to continue our work. Would you like to join our community today?

Join the Times of Israel community

Already a member? Log in to no longer see this

Are you serious. We appreciate this!

We are really glad you read X Times of Israel Articles in the past month.

That’s why we come to work every day – to provide discerning readers like you with must-see coverage of Israel and the Jewish world.

So now we have a request. Unlike other media, we have not set up a paywall. But since the journalism we do is expensive, we invite readers for whom The Times of Israel has become important to help support our work by joining The Times of Israel community.

For as little as $ 6 per month, you can help support our quality journalism while benefiting from The Times of Israel WITHOUT ADVERTISING, as well as access to exclusive content reserved for members of the Times of Israel community.

Already a member? Log in to no longer see this