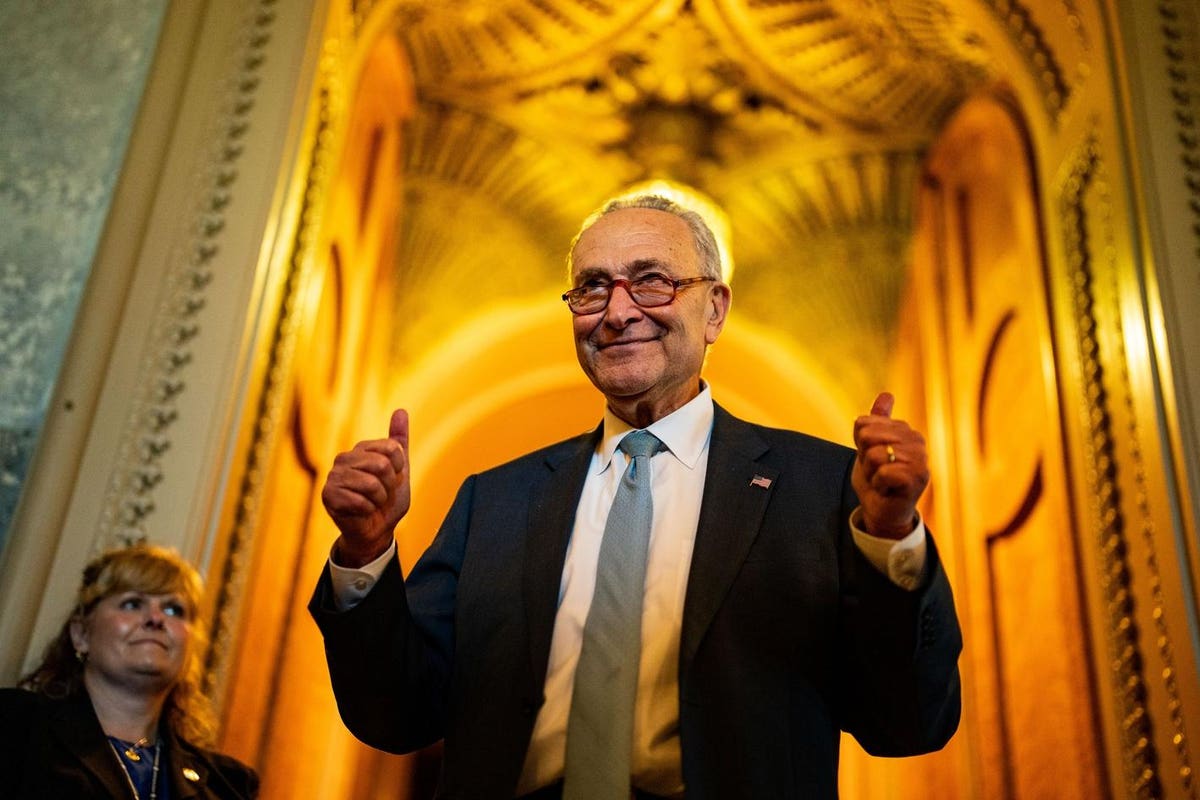 For years lawmakers have worked to reduce the perceived power of the pharmaceutical industry – once the crown jewel of corporate America. Their efforts finally paid off with the enactment of the misnamed Inflation Reduction Act. The law partially allows Medicare to begin “negotiating” the price of certain prescription drugs for seniors. Despite a fierce last-minute lobbying campaign to try to defeat these provisions, the industry suffered a stunning yet predictable legislative defeat.

While the moment the industry has been dreading for years has finally arrived, make no mistake – we didn’t get here overnight. In many ways, the industry has taken it upon itself, and the untold damage is just beginning.

Let’s start with the devil in the details. From next year, pharmaceutical companies will be required to pay rebates if the prices of their drugs rise faster than the rate of inflation. In 2025, the $2,000 cap for Part D drug purchases will come into effect. Finally, in 2026, HHS will “negotiate” the prices of the first ten drugs covered by Medicare Part D. Exactly which ten, and at what price, will be determined in the intervening years, but it is safe to say that the prices will be lower than those where a free market would have fixed them. For all intents and purposes, these are price controls, not “caps,” offered take it or leave it.

Fifteen more drugs will have their prices negotiated down in 2027, another 15 in 2028, and a final 20 in 2029, totaling 60 products under Medicare Parts D and B. But now that the principle of government-mandated price controls has been established, there is no longer a meaningful limit to the number of people who will subsequently be affected, or at what cost. In health, there will always be an endless demand for scarce resources that will compel politicians to try to meet them by law, rather than by the push and pull of market forces. Once the genie is out of the bottle, it can never be put back. Now let’s look at the impact.

On the positive side, Democrats have touted the law’s positive budget effects. The Congressional Budget Office reported that savings from these provisions will reduce the federal deficit by $287 billion through 2031. And 48 million Medicare patients will benefit from capped outlays for some of their most expensive drugs, such as insulin. Politics plays a role here, and appearing to care about older people more than the other has a lot of appeal, but if cost savings is a goal, why aim here?

As significant as these savings seem, total drug spending in the United States is less than 20 cents of every dollar spent on health care. Not exactly handy fruit, whereas just a decade ago it was calculated that some $750 billion within the health care delivery system could be attributed to sheer waste. This ignores the costs associated with fraud, abuse and just plain incompetence. It was a political victory, not a fiscal or budgetary one.

As a result, Americans can expect a bleaker future when it comes to drug development. As I’ve written here before, bearing the cost of bringing effective drugs to market is already a Herculean and risky undertaking. Arbitrarily limiting profitability, as price caps explicitly do, means fewer new drugs will make a difference to development. The exact amount of innovation that will be curbed is hotly debated.

By the way, this isn’t the first time governments have actually set drug prices, so the results we’re likely to see won’t be surprising. After Europe implemented similar cost-saving measures diets, economists have calculated what the impact would have been had the United States adopted similar rules. They found a dramatic fall the number of new drugs in research and development. Thus, for some patients awaiting new treatments for their debilitating or even fatal illnesses, price controls may mean the end of hope.

What we are witnessing has been 30 years in the making. We’ve seen this latest government overreach come in previous incarnations of this reconciliation package, and we sounded the alarm in January to avert disaster. We even offered suggestions on how the industry could protect itself from overzealous regulators, for example by reforming the pricing structure of key drugs in a way that’s nice for patients but also good for long-term stature. industry term itself. But it also speaks to the confluence of two issues that often beset Washington’s beleaguered industries.

The first of these is the hubris of the pharmaceutical industry itself, which has claimed for decades that breaches of public trust by industry players trickle down to those players alone. The assumption was that the justice imposed by the courts was sufficient contrition and that no further excuses were necessary. Yet, strangely, the esteem in which the industry is held has been declining for years, and it doesn’t take a long memory to see why.

For too many Americans, the first descriptor that comes to mind regarding the pharmaceutical industry is most often greed, illustrated for example by fueling the opioid crisis, and by the expensive and frequent advertisements for every conceivable disease, leaving the impression that these companies are getting rich at the expense of patients. Remember Martin Shkreli and Daraprim? How about the The EpiPen fiasco in 2016? Consumers are rightly suspicious of the fairness of drug prices and wonder if the profitability of pharmaceutical companies is what it should be.

But even without the headline-grabbing shock stories, the drug industry is not an innocent victim. He ignored growing public anger over the prices for decades, hoping to maintain the status quo by building on the promise of new drugs to cure the disease. They were working in a highly bureaucratic and administratively expensive system, hoping the pinches wouldn’t be too painful — not unlike the behavior of healthcare delivery organizations that have been overwhelmingly resistant to change.

Together, these dynamics have eroded public perception of the industry so deeply that the extraordinary development of a Covid vaccine that saved millions of lives has barely moved the needle. Most Americans have few ties to pharmaceutical companies except for the price of the drugs they buy. This made it easy for lawmakers to blame industry for the high cost of health care and deflect questions about where the other 80 cents of every health care dollar actually went.

Which brings us to the second problem that is salient here – our political system. This system tends to reward overzealous lawmakers — regardless of party or avowed ideology — who rely on populist appeal to justify more government control and intervention in just about every aspect of our lives. lives, including health care.

This latest government intervention joins thousands of others that have added more and more complexity to a visibly failing healthcare system. In the short term, some patients (and politicians) may benefit. But in the end, the whole edifice of countless regulations that stifle innovation and postpone real reform indefinitely is about to crumble under its own weight. I have discussed many times how we can improve outcomes for the healthcare industry and patients by moving to a market-based model.

In healthcare, there is a deafening silence on the notion of paying for results or, conversely, not paying for something that doesn’t work. In every other industry, if a product doesn’t work, consumers are entitled to, and often demand, their money. Yet the healthcare industry as a whole has continued to shun this element of a market economy. And pharma, too, has clung to its past with an iron fist; as an expensive sales model that insiders have known for years is expensive and does not create value. It took a pandemic – when hospital systems locked down commercials – to create the opportunity for an “overhaul”.

Implementing a consumer-driven model couldn’t be more urgent. Such a model should be designed to massively expand competition; it should increase the transparency of the cost and quality of medical goods and services. It should encourage accountability for care across the continuum with payment tied to outcomes that matter. Everything else is a step in the wrong direction – an exercise in public misdirection.

But for now, Congress is celebrating its victory over what it perceives as “special interests” while a vital industry caught off guard licks its wounds. Pharmaceutical companies have paid a heavy price for the problems they have created by ignoring and wasting opportunities to improve their image and failing to earn public trust. Unfortunately, consumers may end up footing the bill for their missteps. 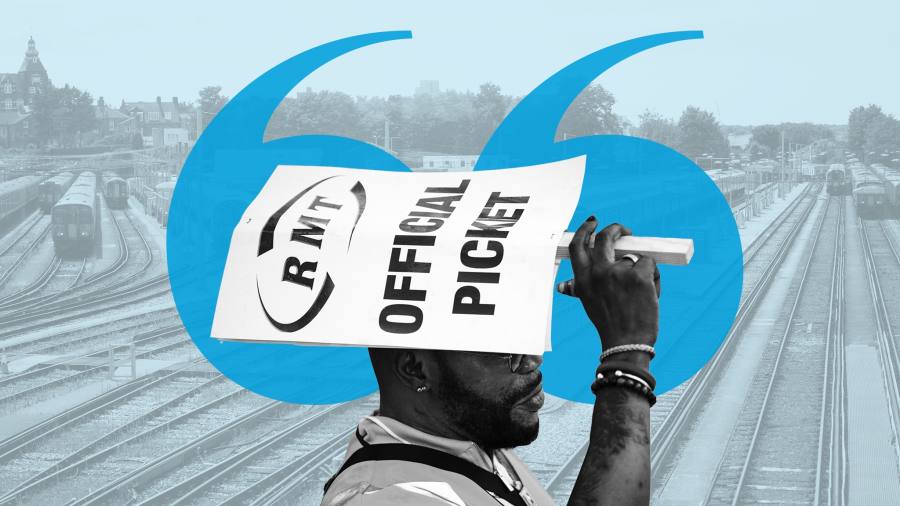