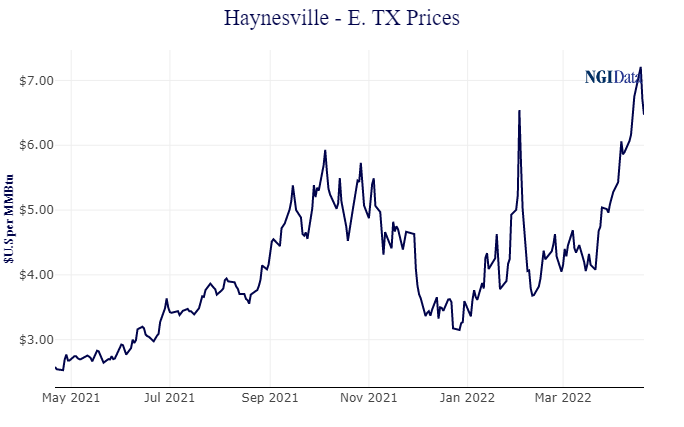 Natural gas pipeline and storage provider DT Midstream Inc. (DTM), with a portfolio that includes 900 miles of regulated interstate pipelines, announced Wednesday that it will join a rapidly growing project aimed at better understanding the role of the energy industry in greenhouse gas (GHG) emissions. .

The companies said they have partnered with Cheniere Energy Inc., the largest U.S. producer of liquefied natural gas (LNG), to study emissions. They also aim to develop new protocols to capitalize on technology and boost clean energy supply.

“Joining this collaboration is one of many steps our team has taken to position DT Midstream on a path to net zero by 2050,” which is also the federal standard, said DT Midstream CEO David Slater. “It will also be an important step towards providing a carbon neutral route for customers wishing to reach the Cheniere LNG export terminal.”

The QMRV effort integrates ground, aerial and drone emissions monitoring technologies. The data would be collected over several months and then independently analyzed by researchers at Colorado State University and the University of Texas. The goal is to develop and test protocols in facilities operated by participating companies.

KMI said it has listed selected assets on several pipelines that deliver natural gas to Cheniere’s Sabine Pass and Corpus Christi LNG facilities. “We believe our collaboration on this project further demonstrates our commitment to better understanding our facilities’ GHG emissions and meeting the needs of our customers,” said Kimberly Watson, president of KMI’s interstate natural gas.

“Collaborating with our channel partners is a critical part of Cheniere’s efforts to measure and verify our emissions and seek reduction opportunities across our value chain,” said Scott Culberson, senior vice president of gas supply at Cheniere.

For DT Midstream, this effort is part of the company’s goal to increase investment in new projects over five years. The company said earlier this year it would invest between $1.2 billion and $1.7 billion under the multi-year growth plan, with a focus on Haynesville shale.

The company said it has signed new agreements to connect growing Haynesville supply to growing LNG export demand. That demand swelled this spring amid the Russian invasion of Ukraine. The war caused European countries to wean themselves off Russian gas and, in turn, to demand more American exports.

The United States was already on course to have the world’s largest LNG export capacity in 2022 before Russia launched an offensive against Ukraine in February. US exports of super chilled fuel have been near record highs for much of this year.

DTM said the new ventures include a program that would use electrical compression provided by renewable power generation. It would use carbon capture and storage technology to minimize emissions. This should help DTM and its LNG customers meet low carbon initiatives, he said.

The company is also working to advance hydrogen delivery.