Global Times: Xiong’an Takes Shape of a Metropolis in 5 Years from a “Blank Sheet of Paper”

BEIJING, April 1, 2022 /PRNewswire/ — Five Years On China announced the establishment of the Xiong’an New Area, a 1,770 square kilometer site in north china Hebei Province about two hours drive from beijingthe foundations of the new “dream city” are miraculously taking shape, with construction cranes dominating the skyline, new modern buildings springing up one after another, and a beautiful landscape created with trees, forests, and areas wetlands that echo the city’s focus on innovation and green development.

When the Xiong’an Project, described by top leaders as “a crucial strategy for the coming millennium”, was revealed on April 1, 2017it attracted wide attention from all over the world as many praised China the audacity to launch such a massive project, literally building a whole new metropolis from the ground up. Others wondered if China can make another miracle with its vision of future life and development, after two successful precedents, Shenzhen Special Economic Zone and Shanghai Pudong New Zone, which led the whole country to where it is today.

In many ways, Xiong’an represents China vision of its next stage of development in several areas. It is expected to become a high-level, green, low-carbon, smart, livable and relatively competitive modern socialist city by the end of 2035. By the middle of this century, it should become an important part of the world-level beijing–Tianjin–Hebei group of cities.

In interviews with the Global Times, local residents, construction workers, businesses, authorities and experts described the extraordinary changes Xiong’an has seen over the past five years despite a series of challenges. It is a sleepless construction site and an unobstructed view of futuristic city life that embodies the efficiency, strength, resilience and foresight of the Chinese system.

Now, five years after the plans were finalized, many changes are happening on this earth that show the world China orderly but unwavering push to make his dream city.

Zhang Kun, a 35-year-old engineer from China Railway 12th Bureau Group Co under the China Railway Construction Corp (CRCC), was one of the chief engineers for the Xiong’an Station project. During his two years of work, from late 2018 to 2020, he felt Xiong’an’s transformation from a rural-looking place to a modern city.

“When I first came to Xiong’an after a previous project in Chongqing, I felt a big gap coming from a big city to a rural area. At that time, I mostly saw villages and farmlands in Xiong’an. Now roads are being built, resettlement houses are being built, auxiliary facilities and skyscrapers are also emerging. The changes are huge,” Zhang told the Global Times.

Ren Dakaihead of the Xiong’an New Area Digital Transportation Lab, recalled that the most obvious change in Xiong’an is convenient transportation thanks to the increase in high-speed trains that shuttle between beijing and Xiong’an every day. Also, the accommodations are much better with buildings designed with modern concepts.

Now living in a relocated house east of Rongcheng, a part of Xiong’an, Ren is quite happy with the community which is fully equipped with facilities like gymnasiums and children’s playgrounds. Within a 3-kilometer radius there are educational institutions like kindergartens and elementary schools, as well as a large park, he said, describing Xiong’an as the “last place”. for him to fight for a career despite having just moved to the area for about two years. since.

What these people have experienced are aspects of many changes that have taken place or are taking place in the Xiong’an New Area. Since its establishment, Xiong’an has launched 177 key projects with a total investment of 618.4 billion yuan ($97.4 billion). At peak times, more than 200,000 workers are employed on construction projects, according to data from the Xiong’an management committee.

Many landmark infrastructure projects have already been completed. Trains have started running on the intercity rail line between Xiong’an and beijing after the construction of Xiong’an Railway Station and the completion of 939 resettlement houses in the Rongdong area. The general formation of the road network, ecological corridors and waterways has also taken shape.

By March, the central SOEs had established more than 100 branches in Xiong’an. Registered companies that show sources of capital in beijing stood at 3,600, accounting for about 80 percent of the region’s overall investment, according to media reports.

A frequently mentioned feature of Xiong’an construction is speed, which people sum up as “Xiong’an speed”. This is both correct and incorrect, experts said, because Xiong’an’s overall planning was very orderly and careful, while the actual realization of his plan was faster than people’s expectations, which reflects not only China efficiency in carrying out the plans, but also a testimony to the technological strength of the country which has made it possible to shorten the implementation times.

Let’s take Xiong’an Station as an example. It took only about two years for the 475,200 square meter station to be completed, setting a construction speed record for stations of a similar scale. According to Zhang Kunit usually takes three years for such a building to be built in China.

This speed is not uncommon in Xiong’an’s infrastructure construction. During the construction of the Xiong’an Citizen Service Center, 5,000 workers from China State Construction managed to complete 50,000 meters of welding work in just 20 days, while installing 12,200 tons of steel frames in over three weeks , about two or three times faster than normal speed, the company said.

According to experts and industry insiders, Xiong’an Speed ​​is made possible through careful planning and technological advancement. For example, Zhang Kun revealed that when his team was building the Xiong’an Railway Station, they changed the standard of defining “five departments and one office” to “nine departments and two offices.” What was added was the science division to push for technological upgrading and smart building.

According to Zhang KunCRCC has set up several technical workshops to apply state-of-the-art technologies in the construction of the project, such as welding robots, intelligent steel processing equipment, among others, which has helped to shorten the duration of the project. project.

Zhang Gui, general secretary of the College of beijing-Tianjin-Hebei Collaborative Development of Nankai University, told the Global Times that the development of Xiong’an is generally in line with its original plan.

“Compared to many areas, Xiong’an’s planning is thorough and scientific and took a long time. It then makes the implementation much smoother,” he said.

In addition to the emphasis on speed, China is also investing resources in the region to foster its high-tech industries, from 5G and autonomous driving, to cloud computing and blockchain.

Since the establishment of Xiong’an New Area, more and more 5G technologies have been implemented, and application scenarios such as 5G smart robots, smart buses and parks have been continuously enriched. For example, the parking lot along Xiong’an Station was built as a pilot area of ​​self-driving cars and Internet of Vehicles.

According to Ren, self-driving technologies, which he now devotes himself to, have accelerated in Xiong’an since the initial testing phase when tech companies like Baidu conducted their self-driving road test based on a 5G network environment in China. 2018.

“Compared to other cities, Xiong’an is like a blank sheet of paper. New technologies such as 5G, artificial intelligence and the Internet of Things are easier to implement. This can take full advantage of take advantage of these technologies and build a new smart city,” Ren said.

Zhang Gui also hailed Xiong’an’s planning as a living demonstration of China wisdom, because the country has shown the world a “Chinese model” of what a modern city is, as well as where China future economic impetus lies.

“The Xiong’an planning is a manifestation that China no longer focuses solely on city scale, but seeks to establish new modern cities with characteristics such as low-carbon, smart, livable and high-quality development,” he said . “It is the embodiment of a new beginning for a new era. “

In addition, the economist pointed out that Xiong’an represents a model of China modernize holistically, instead of focusing only on certain functions of the city.

Importance to the world

Experts also noted that the Xiong’an can play to their economic strength as the global economic situation changes, contributing to China economic growth as well as global industrial chains.

According to Zhang Gui, the trend of regionalization is increasingly increasing in the context of the development of globalization, such as the formation of the Regional Comprehensive Economic Partnership (RCEP) trading bloc. Therefore, Xiongan should find its place in this new global economic pattern and strive to participate in relevant industrial chains.

For example, it will actively absorb and gather innovative factor resources in the world and set up high-tech industries from a high starting point, having assumed some non-capital functions from beijinghe said.

In addition, as globalization shifts from a bulk commodity trade model to a service trade, Xiong’an can explore the construction of a digital trade development demonstration zone, establish trade development rules digital technology conforming to national conditions, as well as participating in the formulation of international trade rules and agreements for data assets both in China and overseas with its booming digital economy, Zhang Gui said. 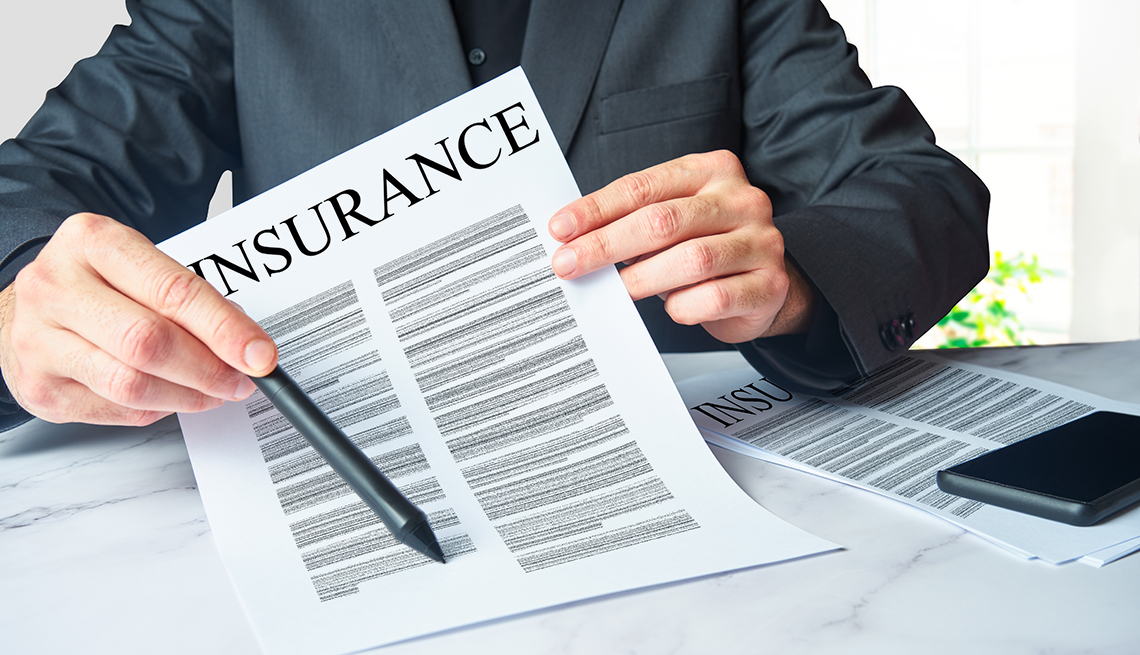 10 types of insurance you don’t need