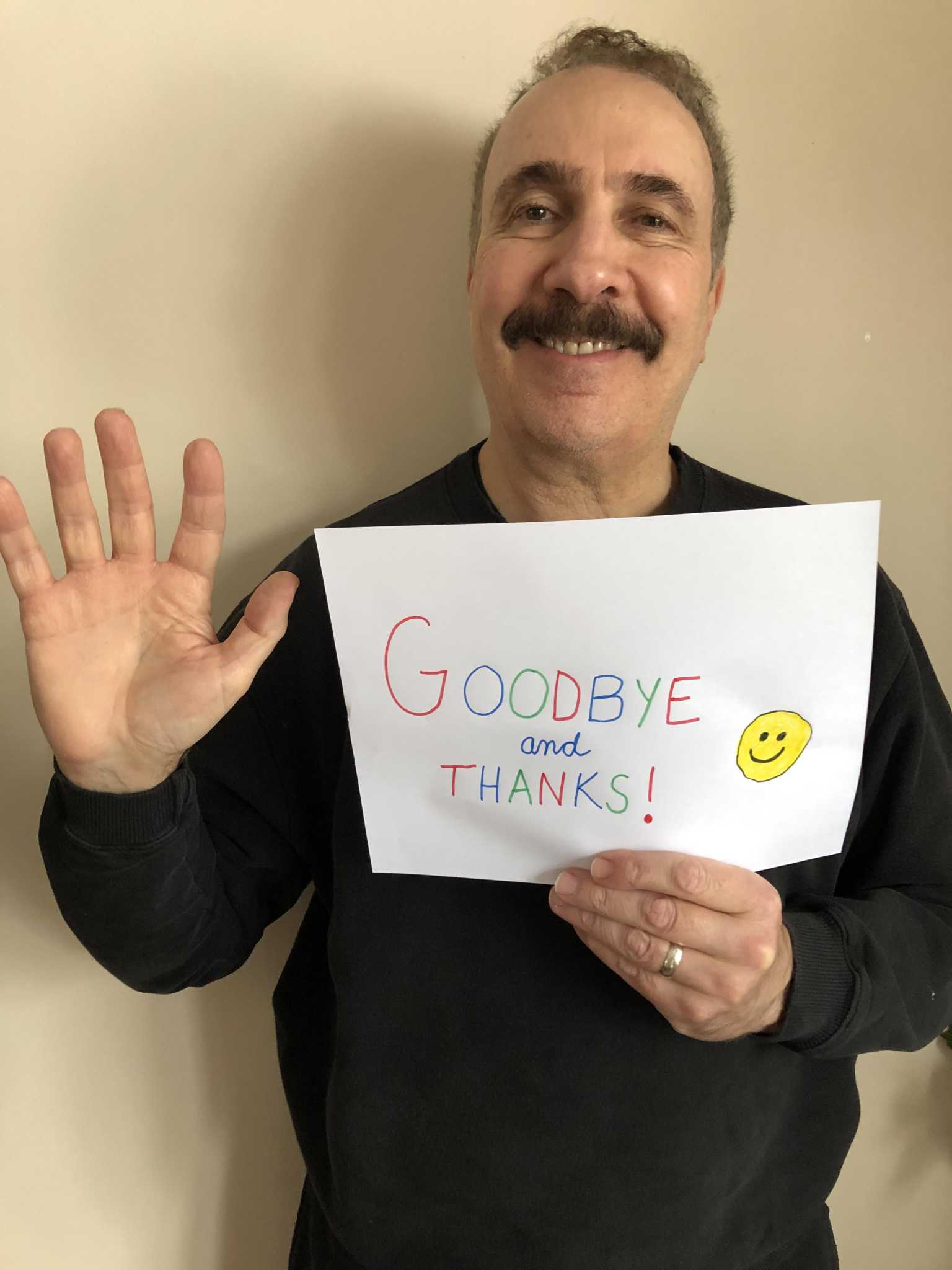 Goodbye from the guy in a good mood

When I was in High School, Stamford Catholic, Class of 1971, where I was the class clown and my proudest achievement was setting the school record for most trips to the principal’s office, my goal in life was to be stupid and irresponsible and to get paid for it.

I wondered how I could do this when I started reading the great humorous columnists Art Buchwald and Erma Bombeck in my hometown newspaper, the Stamford Advocate. I also decided to write a humorous column. It would be like doing comedy, except I wouldn’t have to introduce myself.

In 1976, a year after college, with no journalistic experience, I bluffed my path to a job at the Stamford Advocate. I failed miserably at one thing after another – copyboy, police journalist, sports journalist, deputy subway editor, news editor – until it was just a matter of writing one. humorous chronicle.

My first was published in 1985. For 35 years, I have inflicted myself on the good readers of The Stamford Advocate and The Greenwich Time (and, more recently, of the other Hearst Connecticut Media Group newspapers).

Because all nonsense comes to an end, this is my last column for the Hearst Connecticut newspapers. It’s not my decision, but I respect the editors who made it.

From the start, I’ve been writing about family quirks and the fun little things in everyday life. It’s better to write about unimportant things like politics and world affairs.

The star of my column – and my life – is my wife, Sue. Without her, I would either be dead or in jail. She is the backbone of the family, my soul mate, a woman who, for having supported me for so long, deserves to be the first living person canonized by the Catholic Church. I deserve to be shot by a cannon.

Sue and the rest of the Zezima clan – daughters Katie and Lauren, sons-in-law Dave and Guillaume, and grandchildren Chloe, Lilly, Xavier, Zoe and Quinn – have given me a gold mine of material. So have pets, friends and even complete strangers.

I once went to the bank to ask for a loan so that I could buy Sue the $ 10 million Millennium Bra from Victoria’s Secret for Christmas. I ended up buying her a flannel nightgown instead.

I failed the same driving test that Katie, then 16, passed with flying colors.

I called the White House to see if I could have Lauren’s room declared a disaster area in order to qualify for federal funds to clean it up.

I played blackjack with Lizzie, the family dog, and lost.

Took Chloe to a bakery to bake donuts, dressed like a fairy princess while babysitting Lilly, took Xavier to the Smithsonian and was surprised I wasn’t on display myself and j have mastered the art of feeding twin babies simultaneously. Zoe and Quinn on a nursing pillow called My Brest Friend.

I even managed to find some humor in my forties when Sue and I celebrated our 42nd birthday in the most romantic way possible: we took a tour of the landfill.

This may be my last hurray for Hearst, but I will continue to write my column for Tribune News Service, which distributes it to newspapers across the country and abroad. If you’ve ever wondered why the newspaper industry is struggling, it would be because of me.

If you suffer from insomnia and want to continue reading my columns, you can see them every week on my blog: jerryzezima.blogspot.com.

And if you want to keep in touch, here is my email address: [email protected]

After all these years, I am still stupid and irresponsible. Exactly what you would expect from a high school class clown.

Jerry Zezima, originally from Stamford, is the author of five comedy books.