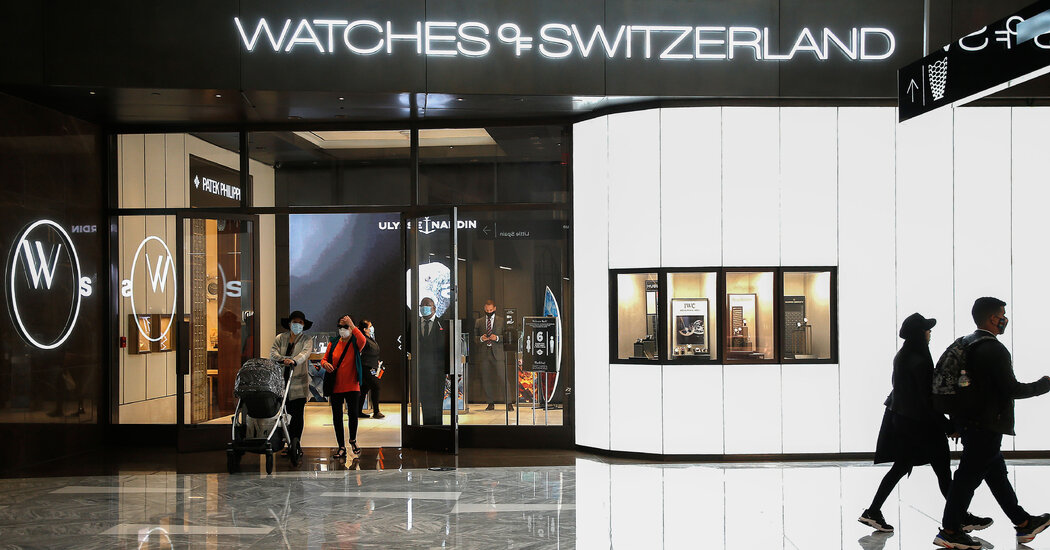 For Laurent Feniou, Managing Director of Cartier UK, the group’s focus on digital business and e-commerce aligns well with Cartier’s own strategy, while being complementary in terms of retail store locations in Great Britain. -Brittany. “Cartier is London-centric, but with Watches of Switzerland and Goldsmiths we can have a wide reach across the country,” he said in a phone interview.

A key strategy announced in Watches of Switzerland’s five-year plan, released last year, is to continue acquisitions and investments in the United States as well as to venture into Europe, with plans to open six monobrand boutiques in Sweden, Denmark and Ireland next year. . It has also ventured into second-hand watches, a growing category in the industry, with the acquisition last year of US online specialist Analog:Shift.

And it’s focused on jewelry, which Duffy says “strategically is probably the next most exciting thing we’re looking at.” (The category’s revenue for the last quarter, ending January 30, was £41.8 million, an increase of 88.8% on the same period last financial year, but still only 15 % of revenue of £280m from luxury watches for the same period.)

Mr. Duffy brought extensive financial, commercial and marketing experience to Watches of Switzerland, with work as a chartered accountant at KPMG and a job at Polaroid before joining Playtex UK. At 28, he was its financial director; at age 30, he had moved to Paris with his wife and young family to take on the same role for Playtex’s European operation; and by age 33 they had moved to Connecticut, where he became its global chief financial officer.

He discovered his appetite for risk when in 1986, amid the junk bond boom, he participated in a management buyout backed by investment firm KKR. But then, in 1991, the company was sold to the Sara Lee Corporation. “I went from a net borrower to a net investor and never had to borrow money for a mortgage or anything after that,” he said.

In 1992 the family moved back to Britain when Mr Duffy became managing director of Playtex UK and was soon involved in the runaway success of Wonderbra, the Sara Lee-owned lingerie brand which he brokered with his licensee . His 1994 “Hello Boys” campaign, starring Eva Herzigova, was plastered on billboards around the world and “became a phenomenal success”, he said. Internationally, “a company that was worth $10 million has become a company of $200 million in the space of a few years”.