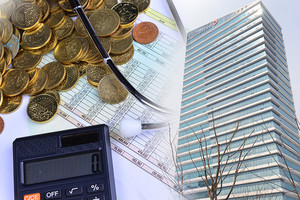 At the start of “Moon Jae-in care” – a policy to expand health insurance coverage – concerns grew about the depletion of health insurance finances. However, the prolonged Covid-19 pandemic over the past two years appears to have reduced the use of medical services, slowing the growth rate of its spending, officials said.

On Friday, the National Health Insurance Service (NHIS) released its cash flow-based financial situation in 2021. According to the report, the health insurance fund increased by 2.82 trillion won, bringing the accumulated reserve at 20.2 trillion won.

Year on year, revenue jumped 9.6 percent to 7.73 trillion won. By comparison, the spending growth rate stalled at 5.3 percent to reach a total of 3.89 trillion won, he added.

In contrast, the growth rate of health insurance expenditure has been lower than before Covid-19, as personal hygiene, such as wearing a mask and washing hands, has become a part of daily life. , reducing the number of patients with respiratory diseases such as colds. and pneumonia, other infectious disease patients and digestive disease patients.

It cost 2.1 trillion won to support the Covid-19 response, including expenses for diagnostic testing, quarantine and treatment, grants for community treatment centers, home treatment support and the implementation of vaccination programs.

“We will strengthen a stable revenue base by solidifying fair collection of income-based insurance costs in anticipation of aging populations and infectious disease crises,” the NHIS said. “We will also manage finances stably in a premeditated way by improving the close monitoring of changes in spending and actively increasing the efficiency of overall spending.”


However, the state health insurance body expects the rate of revenue growth to slow. On the other hand, the rate of increase in expenditure will be higher this year due to the strengthening of insurance coverage and the continued response to Covid-19.

The NHIS estimates it would spend 600 billion won per month to support rapid antigen testing at neighborhood clinics, 290 billion won for home treatment and temporary testing expenditures of 30 billion won to conduct PCR tests. on guardians and carers of patients.


“For a variety of reasons, including the need for an ongoing response to Covid-19, health insurance revenue growth will slow while spending will rise rapidly this year,” the NHIS said. “We will do our best in exploiting the funds to achieve an optimal rate of profit.”

Upon learning that the National Health Insurance was recording a surplus, President Moon Jae-in positively assessed the policy.

Although the government has sharply increased spending by implementing “Moon Jae-in care,” the insurance financial situation has rather improved, the president said via SNS.

“Medicare recorded a surplus of more than 2.8 trillion won last year to bring the cumulative reserve to 20.2 trillion won. The figure is even higher than when our administration took office,” Moon said. “We have increased spending sharply, but the finances have rather improved. Criticisms of worsening health insurance finances were nothing more than the words of people who didn’t know well.

The Chief Executive pointed out that the government has reached an accumulated reserve twice as high as initially planned and has limited the increase in insurance costs to an average of 2.7%, also lower than forecast, managing to minimize public charges.

“Such an achievement is all the more significant as we have done this despite the large injection of insurance funds into the anti-Covid-19 fights by spending 2.1 trillion won on diagnosis, quarantine and treatment. treatment,” President Moon noted.

When he took office in 2017, Moon announced his health insurance policy, saying the government would pay 10 trillion won from the accumulated reserve of 20 trillion won to help ease the burden of medical costs while leaving the remaining 10 trillion won intact. The president also said he would reduce the rate of insurance cost increases below the 3.2% average of the previous decade.

“The government will continue to manage health insurance funding in a stable manner and strive to reduce people’s medical costs,” President Moon said. “It will continue to expand medical insurance coverage and make the most of it to respond effectively to the Omicron wave.”