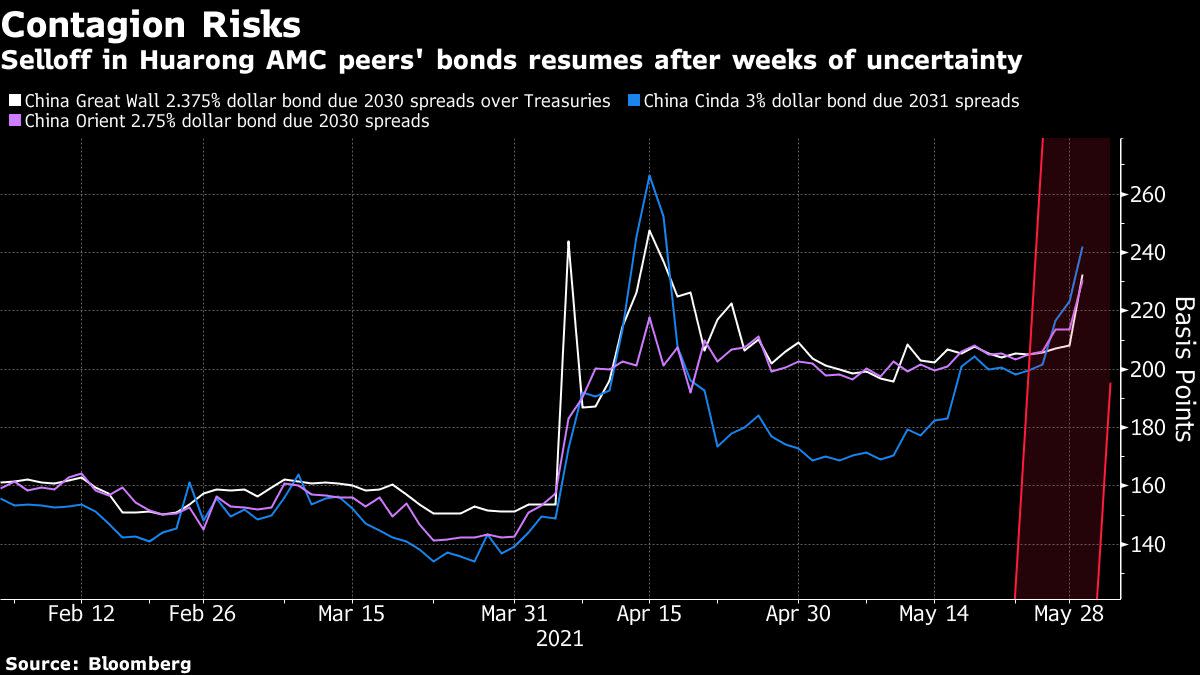 The unrest in Huarong since the company delayed financial results two months ago has cast a shadow over the industry as investors await details of its restructuring and negotiations with the government.

China’s finance ministry is considering a proposal to transfer its shares in Huarong and the other three bad debt managers to a new holding company modeled on the one that owns the government’s stakes in state-owned banks, Bloomberg News reported on Tuesday.

“Due to the prolonged delay in Huarong’s 2020 results and the increasingly complex restructuring potential, investors are increasingly examining exposure to Chinese AMCs,” said Dan Wang, analyst at Bloomberg Intelligence.

Huarong’s dollar bond due 2025 is listed at 70 cents to the dollar on Wednesday, while its perpetual 4.5% is at 60 cents, according to prices compiled by Bloomberg.

The four bad debt managers were created in the aftermath of the Asian financial crisis, when decades of government loans to state-owned enterprises left China’s largest banks on the brink of bankruptcy. Since then, companies have created a maze of affiliates to offer loans and engage in other financial activities.

Cinda has 318 subsidiaries, with controlling interests in 65 of them, compared to 195 and 30 in Huarong respectively, according to an October report from Financial Regulation & Law. China Orient has 257 subsidiaries.

Bad debt managers have not exploited the offshore bond market as uncertainty hangs over Huarong. The last sale of dollar debt by one of the companies and their units was the China Cinda HK Holdings Co.’s $ 2 billion offer in January.

Subscribe now to stay ahead of the curve with the most trusted source of business information.