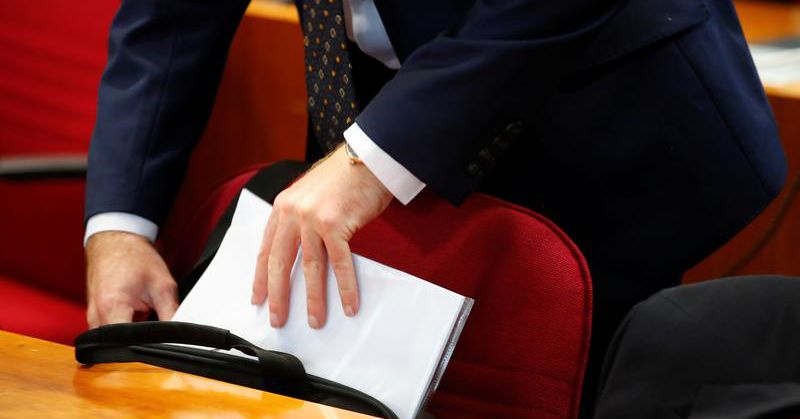 The company and law firm names listed above are generated automatically based on the text of the article. We are improving this functionality as we continue to test and develop in beta. We appreciate comments, which you can provide using the comments tab on the right of the page.

Aug 17, 2021 – To succeed in a trade secret misappropriation lawsuit, the plaintiff must present probative evidence of existence, ownership, notification and access – the EONA evidence.

Failure to investigate EONA evidence should be grounds for finding “bad faith” under the UTSA (Uniform Trade Secrets Act) and DTSA (Defend Trade Secrets Act). Too often, defendants are faced with allegations of trade secret misappropriation that are not well founded in fact or in law and must incur hundreds of thousands of dollars in legal costs to defend themselves against allegations of trade secret misappropriation which would never have been filed if there had been an investigation prior to the good faith filing of the EONA proofs.

Courts of first instance should require applicants for trade secrets to provide the required EONA evidence at the start of litigation for each alleged trade secret. If the plaintiff is unsuccessful, the allegedly defective trade secrets should be rejected and the defendant should be awarded legal fees and costs as the winning party.

The statutory provisions defining a “trade secret” in UTSA and DTSA focus on the secrecy and value of information and on the reasonable efforts made by the owner of the trade secret to maintain secrecy and confidentiality. But these legal requirements are not evidence, and they do not eliminate the factual factors to be considered in determining whether a trade secret exists.

The litmus test in trade secret law is the six-factor test identified by the American Law Institute in 1939 after a review of over 100 years of 19th century jurisprudence. The six factors are:

(1) The extent to which the information is known outside the company.

(2) The extent to which the information is known to employees and others involved in the business.

(3) The extent of the measures taken by the company to protect the confidentiality of information.

(4) The value of the information to the business and to competitors.

(5) The time, effort and money spent by the business to develop the information.

(6) The ease or difficulty with which the information could be correctly acquired or duplicated by others.

Today, the six-factor test has been adopted by virtually every state and federal court in the United States.

The appeal of the six-factor test is its ability to assess any potential trade secrets under any set of circumstances. It is extraordinarily versatile and compatible with modern trade secret law.

The pre-filing investigation of an allegation of trade secret misuse should include an assessment of the alleged trade secret, including evidentiary evidence under the six-factor litmus test. A trade secret misappropriation lawsuit should not be filed without a careful review of this six-factor evidence.

There is no definition of “owner” in UTSA. However, the DTSA defines the “owner” of a trade secret as “the person or entity in or in which the legitimate or fair title to the trade secret is deposited. Therefore, there may be simultaneous (and multiple) owners of the same trade secret.

The distribution of ownership between employers and employees emanates from the law of agents. There is no “work for pay” doctrine in trade secret law or patent law. Unless otherwise agreed or assigned, the law usually attributes property to the inventor of the invention or trade secret. Employees can also retain ownership of information including their general knowledge, skills and experience.

Courts also apply the “shopping rights” doctrine to trade secrets. If an employee invention involves the employer’s time, personnel, facilities, or equipment, the employer retains a “right of the store” – an irrevocable, non-exclusive, royalty-free license to practice the invention and associated trade secrets.

Assuming the existence of at least one trade secret, there are three forms of embezzlement under UTSA and DTSA: unauthorized acquisition, unauthorized disclosure, and unauthorized use.

There must be proof of “access”. This is a typical fact pattern:

(1) An employee acquires trade secret X from the existing employer.

(2) The employee resigns and joins a direct competitor (new employer).

(5) The new employer and the former employee are prosecuted for misappropriation of trade secrets.

The entire fact model is triggered by the employee’s initial acquisition of trade secret X. Without access and acquisition, there can be no liability for trade secret misappropriation.

Failure to investigate EONA evidence should be grounds for finding “bad faith” under UTSA and DTSA. Too often, defendants are faced with allegations of trade secret misappropriation that are not well founded in fact or in law and must incur hundreds of thousands of dollars in legal costs to defend themselves against allegations of trade secret misappropriation that would never have been filed if there had been an investigation prior to the good faith filing of the EONA proofs.

The opinions expressed are those of the author. They do not reflect the views of Reuters News, which, under the principles of trust, is committed to respecting integrity, independence and freedom from bias. Westlaw Today is owned by Thomson Reuters and operates independently of Reuters News.

R. Mark Halligan is a partner at FisherBroyles, LLP and is based in Chicago. He focuses his practice on intellectual property litigation and is recognized as a leading practitioner in the development of automated blockchain trade secret asset management systems. He has taught advanced trade secret law in the UIC John Marshall Law School LLM program for the past 26 years and is the lead author of the Defend Trade Secrets Act Handbook, 3rd Edition, which comes to be published by Wolters Kluwer. He can be reached at [email protected]