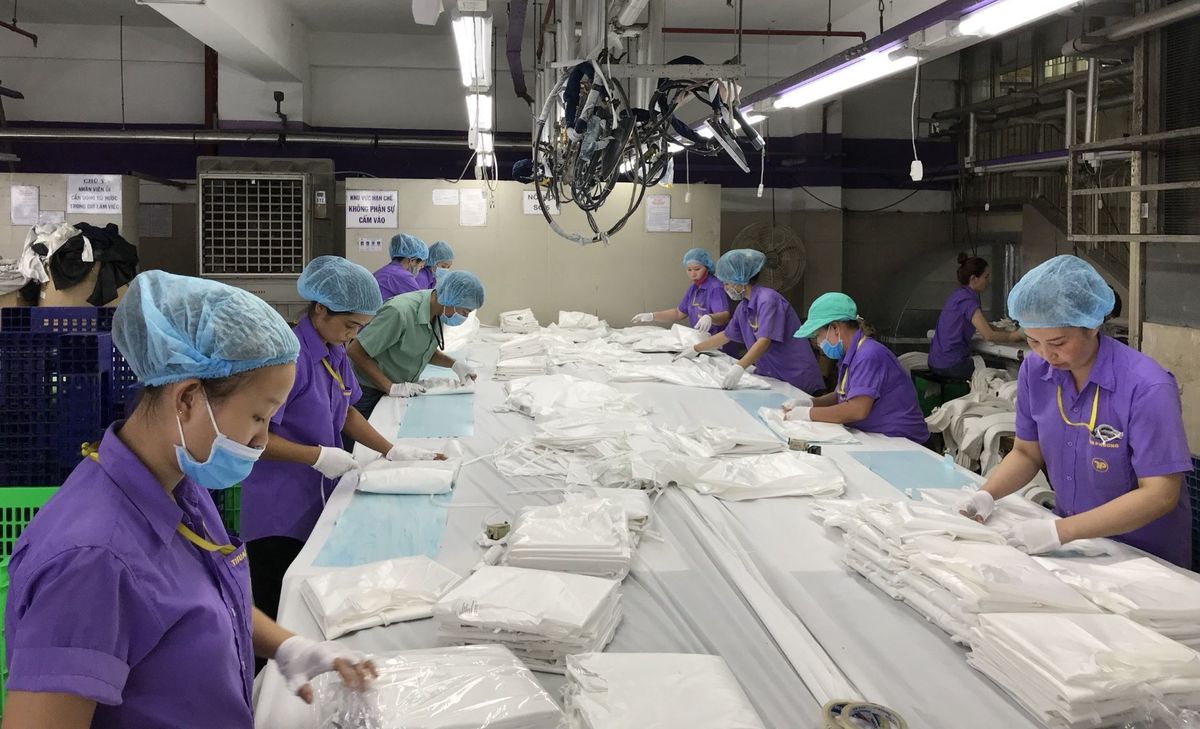 Over the past month, Thuan Phuong Embroidery and Apparel Company has tried to recruit 200 workers at its headquarters in District 6 and other factories in Districts 12, Binh Chanh and Long An. According to the skills and experience of the workers , their income will vary from 7 to 13 million VND ($295.86 to $549.45) per month.

But the number of people who applied for the jobs fell short of expectations.

Bui Van Duy, recruitment manager for Thuan Phuong Group, said the market was not as competitive as it was at the start of the year, but workers were still hard to find.

Young workers, who previously held part-time and online jobs and received daily and weekly wages, no longer want monthly wages and are less likely to accept overtime, he said.

Moreover, since factories pay workers based on the number of products or the amount of quantifiable work done, new workers who are not yet proficient in the task can only receive 7-8 million VND per month, which could be lower than their previous jobs. So they stopped after a few months.

Duy said factory locations are also a factor creating recruitment challenges. With the cost of living in HCMC continually rising, workers will try to keep their jobs, but once they quit, they’ll be more likely to return to their hometowns or change fields of work to cut costs.

Dinh Van Giai, head of the union of Toan Thang company at Binh Chieu industrial complex in Thu Duc city, said that after a long period when the market lacked workers, workers have become more picky.

Giai’s company, which produces canned fish for export, is now short of more than 150 workers. He has been trying to recruit people since the beginning of this year, but has not reached the required number.

New workers would have a monthly income of VND 10-11 million, which is not enough to attract workers, Giai said, adding that workers might also prefer to avoid working environment with low temperatures and odor. of fish.

A survey of recruitment demand for the second half of the year, carried out by Manpower Group Vietnam last month, revealed that 88% intended to hire more workers or maintain their current workforce. These are mainly manufacturing and processing, trading, finance and banking enterprises.

While 24% said they needed workers, 57% said they were struggling to recruit more people, and 45% said they intended to use part-time workers in the next 3-6 months.

Data from HCMC Forecasting Manpower Needs and Labor Market Information estimates that the city will need 136,000 to 150,000 workers in the second half of the year, with trade and service sectors taking over 65%, and industry and construction taking up taking about 34%.

Nguyen Xuan Son, head of domestic operations, staffing and outsourcing at ManpowerGroup Vietnam, said the “surplus workers” were only at the local level.

Southeastern regions of Vietnam, such as HCMC, are still short of workers and struggling to recruit, but other localities are seeing a surplus due to the “worker exodus” caused by the Covid-19 pandemic l last year, he said.

In some industries, such as wood, which are experiencing a drop in the number of orders, workforce reductions will take place, he said.

Son introduced a gender angle to the labor issue. While the majority of the workforce is made up of men, food and electronics factories are keen to hire women. “The market will see excess workers that have more to do with gender,” Son said.

Another factor is that many workers have exhausted all their savings following the impacts of the Covid-19 pandemic. As such, they would want to look for jobs with a lot of overtime to earn more money. Factories that export products to markets that require strict adherence to working hours cannot allow too much overtime, meaning they would have a harder time hiring workers during that particular time, Son said. .

Son believed that one of the underlying reasons for all the imbalances between supply and demand is the lack of a center for coordinating and managing work for the whole country. He proposed that job centers across the country cooperate and build a database of workers.

These centers would also compile data on companies needing to recruit staff. This database should be made accessible to workers and businesses. At present, employment agencies limit their operations within their own localities.

Giai agreed with Son on the lack of a division of labor function of government administrative entities.

For example, the Toan Thang company borders Binh Duong, a province where more than 330 companies have had to cut staff in recent months, affecting around 41,000 workers. Many of them could not find new jobs and had to return to their hometowns. But somehow the company did not have access to these workers for recruitment, he noted.

Man Utd keep or sell: What the squad could look like for 2021/22 as Solskjaer prepares newcomers