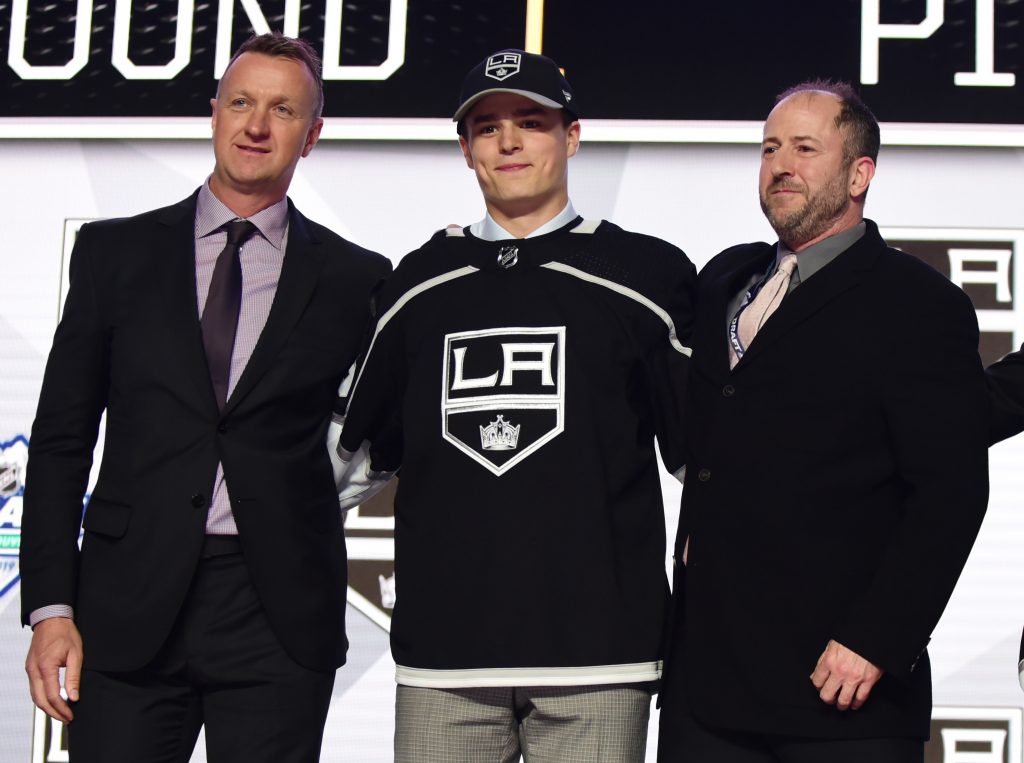 Sometimes it pays to have rich parents. Los Angeles Kings came to an agreement with Eisbaren Berlin from DEL to have a group of five young players loaned abroad for the next time. Both hockey teams are owned by the same parent company, Anschutz Entertainment Group. Alex Turcotte, Tyler madden, Akil thomas, Aidan Dudas, and Jacob Ingham will join the DEL as they prepare for their next season, but will all be back when NHL training camps begin.

Not only will these players have the chance to stay on the ice by training in a professional environment, but it can also serve as a relationship-building and chemistry-building experience for a group that will be integral to the Kings’ success in any event. line.

Turcotte, the headliner here and one of the NHL’s top prospects, was the fifth overall pick in 2019. After a strong rookie season at the University of Wisconsin, Turcotte signed his entry-level contract and could compete for training in the NHL. place from the start of the 2020-21 season. The 19-year-old center has scored 26 points in 29 games for Wisconsin, but is also known for his strong defensive play.

Meanwhile, Madden entered the Kings organization as part of Tyler Toffoli’s trade with Vancouver and also decided to sign his entry-level deal this spring. Two exceptional years at Northeastern University have transformed Madden from a third-round lottery ticket to a top prospect and he will now be a name to watch for years to come.

Thomas, Dudas and Ingham were all selected by the Kings in 2018 and each have excellent performances in the OHL.

Thomas started the year with the struggling Niagara IceDogs but ended up with the Peterborough Petes, a club that had their eye on the Memorial Cup before things were stopped for the year. The 20-year-old forward has collected 84 points in just 49 games and has continued to show why he should have been picked over 51.

Dudas was a fourth-round pick, but he actually managed to make his AHL debut in the spring of 2019, scoring two points in six games for the Ontario Reign. Despite being undersized, the 20-year-old center continues to break expectations and has even been a part of Canada’s 2020 World Juniors squad.

Ingham, the lone goaltender in the field, was just a sixth-round pick for the Kings a few years ago, but he’s had the best season of his life this year with Kitchener. With a 33-8-5 record and a .917 save percentage, he was one of the best goalies in the league, while also winning the OHL Humanitarian Award for his work with Hockey Gives Blood. , an organization that helps raise awareness of the importance of donating blood.