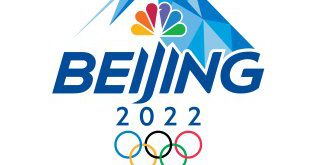 The Olympics are back. Events are underway and NBC will air the opening ceremony on Friday night.

I know what you’re thinking: didn’t we just do that?

We were doing. Not even six months ago, the pandemic-delayed Tokyo Games ended. The world has not seen an Olympics this close since 1992, the last time the Summer and Winter Games were held in the same year.

This proximity to competitions could lead to some Olympic fatigue among viewers, but NBC has bigger concerns.

The first is the venue for the Games. Human rights abuses in China have led to diplomatic boycotts by several countries, the first of which was the United States. That and the country’s authoritarian government cast a shadow over the Games.

NBC’s event broadcasters will not be in Beijing due to the pandemic and the country’s strict COVID-19 protocols. They will call the action from NBC Sports studios in Stamford, Connecticut, although the network has reporters from its news and sports divisions on site.

The hockey tournament won’t include NHL players, and that will affect the ratings, which are already expected to drop. According to Insider, parent company NBCUniversal has cut its ratings expectations in half.

In fact, if you’re an Olympics fan, there’s reason to be excited. NBC has taken consumer complaints to heart about its coverage of the Tokyo Games, which has frustrated viewers with its maze of programming across a myriad of channels and platforms. Granted, the Winter Olympics are on a smaller scale — 2,800 hours of coverage versus 7,000 — but NBC has heard its audience.

“We’ve been really focused on making the thousands of hours we produce more intuitive,” said Molly Solomon, president and executive producer of NBC Olympics production, during a presentation to reporters. “How can you help viewers find what they’re looking for more easily? »

One answer is NBC’s streaming service Peacock, which will show everything – live and on demand – without the need for a pay-TV subscription. Most Comcast customers already have free access to Peacock. Others can pay $4.99 for the month and watch on any device or just rely on NBC, USA and CNBC for their combined 700 hours.

Solomon also said NBC has improved the calendar feature on NBCOlympics.com and will provide viewers with more on-screen information to remind them of what events are coming up and where to find them.

Perhaps they will come from the women’s hockey team, which will once again be in contention for the gold medal and includes several players from the Chicago area. Or maybe the men’s curling team, which stunned the sport by winning gold at the 2018 Pyeongchang Games.

Some of the NBC commentators might help. Former alpine skier Lindsey Vonn will make her NBC Olympics debut as a primetime correspondent, and the popular duo of Tara Lipinski and Johnny Weir will return as figure skating analysts. Chicago media will be represented, with Blackhawks analyst Eddie Olczyk calling Stamford hockey and Leila Rahimi of The Score and NBC 5 reporting on Beijing hockey.

Of all the working media outlets, NBC host Mike Tirico is the busiest. He will host the primetime show from Beijing until next Thursday, then fly to Los Angeles to continue hosting the following night outside SoFi Stadium, site of the Super Bowl. He will host again on Saturday before leading the five-hour Super Bowl pregame show on Sunday, then return to Olympics coverage right after the game.

“I’m becoming the automatic quarterback for two great teams,” Tirico said during the presentation. “It’s right from the trophy presentation to our set outside of SoFi, weather permitting, to bring everyone great Olympic coverage as well.”