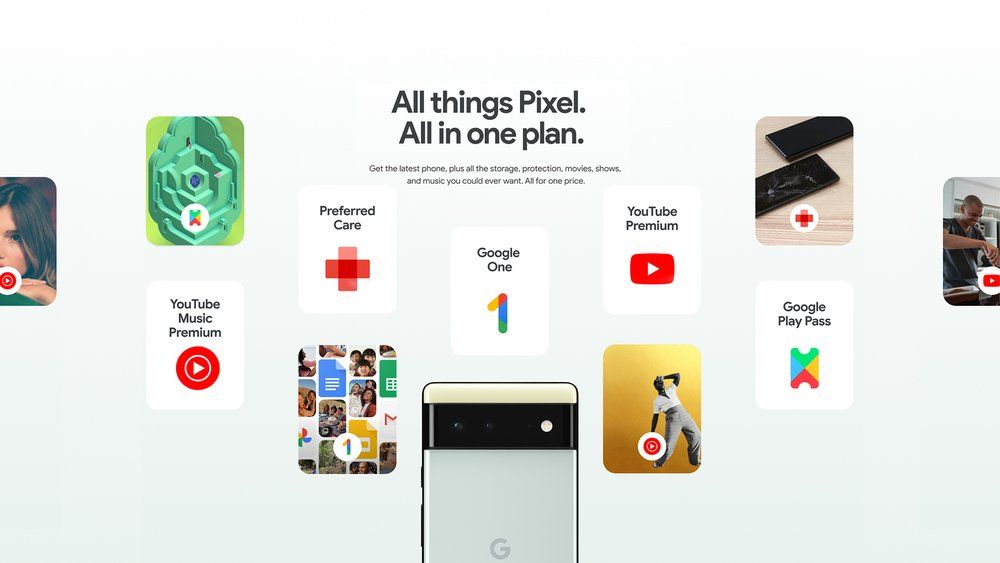 Google just introduced the Pixel 6 at its fall event today. While the prices ($ 600 and $ 900 respectively) are certainly impressive on their own and far below what we feared, Google has another trump card up its sleeve for those who still aren’t convinced the price is right. It just launched Pixel Pass in the US, which bundles a Pixel 6, a collection of premium Google services, and insurance coverage. Google says the plan will save you up to $ 294 over the two years.

Similar to Samsung Access and Apple’s Upgrade Program, Pixel Pass will give you a discounted Pixel 6 or 6 Pro that you pay for over a two-year period, with upgrade options coming in the works. road. The price depends on the hardware you choose to use and is subject to change during upgrade. For the Pixel 6, it’s $ 45 per month, while the Pixel 6 Pro is $ 55 per month.

The subscription also includes insurance for an additional year of mechanical failure coverage, which is in addition to the one-year manufacturer’s warranty. You also get up to two accidental damage claims over a two-year period, giving you complete peace of mind.

The hardware aspect isn’t all there is to it, however. Pixel Pass also includes YouTube Premium (including music), Google Play Pass, and the 200GB Google One tier. That’s a lot for those of us who are already deeply rooted in the Google ecosystem.

When you subscribe through Google Fi, you can also save $ 5 per month on a cellular plan, which makes it an even better deal.

If you decide to cancel the subscription during the initial two-year period, you will need to pay for the remaining value of your Pixel at an unreduced price. Access to bundled services will also be terminated, although you can probably easily re-subscribe individually.

Compared to Apple and Samsung subscriptions, Google is betting much more on its loyal core target. Once subscribed to Pixel Pass, people will surely think twice before switching to another phone or service, because getting YouTube Premium, Google One, and Play Pass in one package is a hell of a boon for those who already subscribe to these services individually. For other people who just want the latest phone and don’t care about other subscriptions, well, things are a lot different. $ 55 per month equals $ 1,320 over two years, which is a hefty premium over just getting the phone for $ 900 without a subscription (or regular funding).

The post has been updated with more details on pricing.

Where to buy the Pixel 6 and Pixel 6 Pro

All offers, gifts and trade-in offers

Manuel is a Berlin-based tech enthusiast and Android fan. When he’s not writing articles for Android Police, he’s probably a videographer.