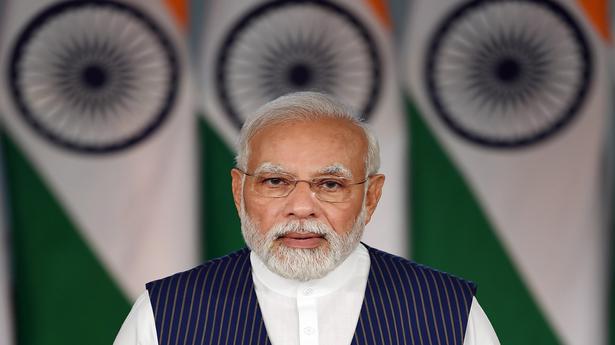 On Friday, Prime Minister Narendra Modi had a telephone conversation with Russian President Vladimir Putin. The conversation, which took place a few days after Prime Minister Modi’s participation in the G-7 summit in Germany, included the Ukrainian crisis and the latest developments in the global commodity market.

“The two leaders reviewed the implementation of the decisions made during President Putin’s visit to India in December 2021. In particular, they exchanged ideas on how the bilateral trade in agricultural products, fertilizers and pharmaceuticals could be further promoted,” an official press release said. . The two sides discussed the latest developments in the Ukraine crisis, with Prime Minister Modi reiterating “India’s longstanding stance in favor of dialogue and diplomacy”.

President Putin had visited India on December 6, 2021 for the annual India-Russia Summit.

Friday’s discussion showed a continuum of diplomatic consultations that has intensified over the past few days and has also witnessed an intense war between Ukraine and Russia. After attending the G-7 summit with Mr Modi, Indonesian President Joko Widodo traveled to Kyiv and Moscow to hold talks with the warring parties.

That aside, President Putin visited Tajikistan and Turkmenistan where he attended a summit of Caspian Sea states which also included Azerbaijan, Iran and Kazakhstan.

According to a Russian statement on the conversation, President Putin accused Western powers of obstructing a peaceful resolution to the Ukraine crisis.

Diplomatic sources said India is closely following the course of the war in Ukraine, especially the latest Russian strikes in Odessa, Kyiv and other areas which reportedly caused significant civilian casualties.

India’s announcement of the phone conversation said “the leaders also discussed global issues, including the state of the international energy and food markets.” Despite Western objections, India has become a major buyer of Russian crude oil in the past four months since Russia launched the military campaign against Ukraine.

Latest estimates suggest Russian oil deliveries to India in June averaged 1.2 million barrels per day. Russia has emerged as a major partner for India as New Delhi grapples with “commodity shock”, i.e. the fallout from the combination of war and punitive Western sanctions against Russia.

In order to avoid a fertilizer shortage, India approached Russia earlier this year. According to Russian media Sputnik, India imported 3.50,000 tons of diammonium phosphate from Russia between April and July. India’s fertilizer needs are expected to increase as the monsoon rains come along with the kharif planting season.

“Vladimir Putin drew attention to the systemic mistakes made by a number of states, which led to the disruption of the entire architecture of free trade in food products and caused a significant increase in their cost,” says the press release of the Russian side. .

While areas of convergence have expanded between India and Russia, there are areas where Moscow and Delhi are not entirely on the same page. For example, the BRICS summit saw Russia forcefully defend the need for an alternative global reserve currency which drew cautious support from India which is not entirely in favor of abandoning the dollar. Another area of ​​concern is the Sino-Russian support for the expansion of BRICS and the inclusion of Pakistan in the enlarged group which has yet to win support from India.