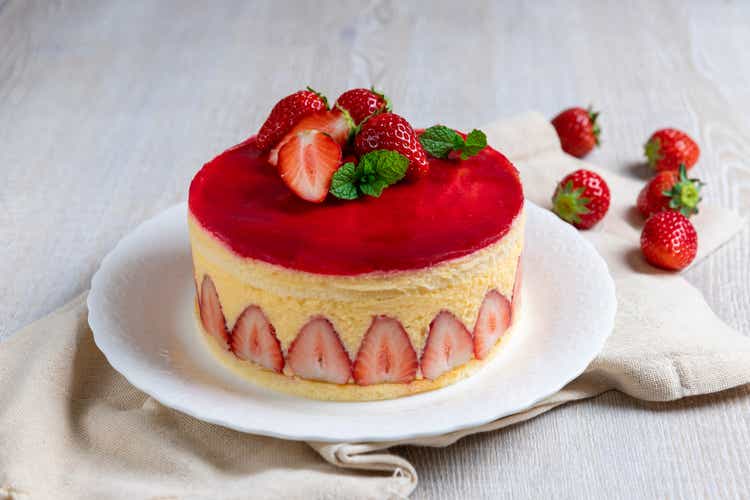 Sempra Energy: Take your cake and eat it too (NYSE: SRE)

Defensive stocks such as utilities have a place in most portfolios because they generally hold up to market volatility better than average. This includes Sempra Energy (SRE), which has a strong track record of delivering an uninterrupted and growing stream of income to its investors over the past 20 years. In this article, I outline what makes the SRE an ideal investment for those looking for a mix of security and income growth, so let’s get started.

SRE: Have your cake and eat it too

Sempra Energy is a leading San Diego-based energy infrastructure company that includes utilities and an LNG export facility in Port Arthur, Texas. It has $66 billion in assets, employs 19,000 people and serves more than 36 million customers in California, Texas and Mexico. Subsidiaries of SRE include San Diego Gas & Electric, Southern California Gas Co. and Oncor Electric Delivery Company in Texas. Over the past 12 months, SRE generated $12.1 billion in total revenue.

The stable nature of the SRE can perhaps be best illustrated by its low beta score. As shown below, SRE’s 3-year beta has fluctuated between 0.5 and 0.84 in recent years, implying that its stock is less volatile than that of the broader market.

Sempra is experiencing strong growth across its three business platforms, Sempra California, Texas and Infrastructure. This includes the progress of its Oncor Electric Delivery Company in Texas, which now expects its rate base to reach nearly $28 billion by 2026, reflecting an impressive compound annual growth rate of around 8% from the present.

SRE is also taking significant steps towards the energy transition by completing the sale of a non-controlling 20% ​​stake in Sempra Infrastructure to KKR for a purchase price of $3.37 billion. The proceeds of which are expected to be invested in next-generation efficient energy systems at its U.S. utilities.

This transformation continued in December with SRE’s agreement to sell a 10% stake in Sempra Infrastructure Partners to a subsidiary of the Abu Dhabi Investment Authority for $1.785 billion in cash. This transaction involves an enterprise value of $26.5 billion for Sempra Infrastructure. Morningstar shares a favorable view of this sale, and raised its estimate of SRE’s fair value following this transaction, as indicated in its latest analyst report:

The sale to ADIA implies an increase in the enterprise value of the infrastructure unit to $26.5 billion, including $8.6 billion in debt. That’s up from the $25.2 billion enterprise value, including $8.4 billion in debt, involved in Sempra’s sale of a 20% minority stake to the investment firm. KKR. The higher valuation implied in the ADIA agreement and the premium to our valuation implied for the infrastructure unit in our discounted cash flow valuation led to our increase in fair value. Valuing the entire infrastructure unit at the combined premium received from KKR and ADIA would increase our estimate of fair value by approximately $11 per share.

Meanwhile, I’m encouraged to see that SRE’s SoCalGas recently announced settlements that are supposed to resolve nearly all of the significant civil litigation against SoCalGas related to the Aliso Canyon natural gas storage facility leak in 2015, with after-tax cash outflows expected to reach approximately $895M

Looking ahead, I expect to see strong results in SRE’s fourth quarter results, as management has a history of increasing its guidance and working to exceed that guidance. That includes management’s expectation of hitting the top of its full-year 2021 adjusted EPS guidance range of $7.75 to $8.35.

We’ve seen dramatic market improvement, both in the spot market, and I think it’s important to note that you’re starting to see some of those long-term contracts coming back. Additionally, and most importantly, we are seeing higher forward curves over the next few years for deliveries in Asia and Europe. And I would say the last thing that we see that I think is important is that you see China re-entering the long-term market.

We are seeing a real acceleration of our discussions, both in Asia and in Europe, and frankly, in South America as well. So I think we’re going to see some exciting things happen to the LNG portfolio and we should benefit from this constructive market backdrop. Again, we believe we have a competitive advantage, the ability to ship direct to Europe and Asia. And again, long-term, it’s nice to see that we’re still seeing LNG demand growing in the mid-single digits to the upside, confirming our very optimistic long-term view of LNG development.

Meanwhile, SRE maintains a strong BBB+-rated balance sheet with $2.0 billion in cash and receivables on hand, which is one of the highest balances in the past decade. It also comes with a safe net debt to EBITDA ratio for a utility company of 5.9x. This supports SRE’s 3.2% dividend yield, which comes with a reasonably low payout ratio of 53%, a 7.8% 5-year dividend CAGR and 11 consecutive years of dividend growth.

Risks to SRE include its unregulated activities which are subject to market price fluctuations. In addition, its utility operations are subject to environmental incidents that may result in fines. Finally, regulatory pressures surrounding the transition to clean energy may result in higher than expected capital expenditures.

Given all of the above, I see value in the SRE at the current price of $137 with a forward PE of 16.5, which as seen below sits comfortably below its PE normal of 18.7 over the past decade.

Analysts expect respectable 9.9% EPS growth this year and have a consensus Buy rating with an average price target of $152. This implies a potential total return of 14% over one year, including dividends. CFRA has a buy rating on SRE with a price target of $150, noting the following:

Our purchase reflects our vision of strong EPS growth driven by new projects coming into service. SRE’s Utilities segment has various projects in development that will likely add to its rate base and has filed applications for rate increases covering the period 2019 – 2022. We are seeing the start of the Cameron LNG export project, supported by stable cash flows from take-or-pay contracts, clean energy projects in AC utilities and the ECA LNG project in Mexico, which are driving the EPS.

Sempra Energy is a sustainable energy infrastructure and utility company with a strong track record of returning capital to its shareholders. It is enjoying encouraging growth in all three of its segments, and recent transactions have raised analysts’ fair value estimates for the company.

Going forward, SRE should experience steady and continued growth in its Oncor segment and should benefit from favorable prices in the LNG market. SRE is a buy for stability and revenue growth.