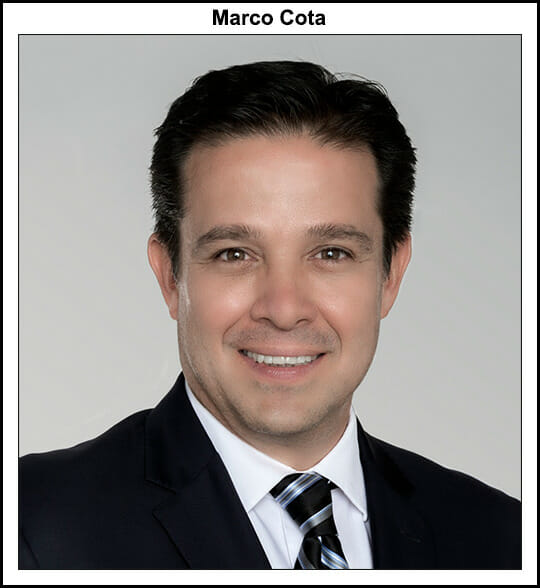 Sense of reactivation in oil and gas in Mexico, according to an industry leader

After a period of downturn in the Mexican oil and gas industry, exacerbated by the Covid-19 pandemic, there is a new push for exploration and drilling activities given the environment of high hydrocarbon prices, said Marco Cota, CEO and Founder of Talanza Energy. NGI Mexico GPI.

“We see a lot of drilling plans for this year and next year in both deep and shallow waters. There’s definitely a sense of reactivation,” Cota said. “There is a lot of movement among the major natural gas transporters, especially with regard to methane and the development of new projects. I really see encouraging activity midway through.

Cota founded Talanza in 2017, where he and his team help international energy companies design and implement regulatory compliance strategies from a strong risk management perspective. Talanza has worked with the United Nations Environment Program to reduce methane emissions and acts as a special advisor to the Colombian government in the design and implementation of methane emissions regulations.

Previously, Cota worked as Director General of Hydrocarbon Exploration and Extraction at the Mexican Ministry of Energy (Sener), where he participated in the design and implementation of the current Mexican energy model, creation of its secondary legislation, contracts, regulations, and design and development. national tenders. He was also Director of Data Analysis at the Comision Nacional de Hidrocarubros (CNH) and Director of Evaluation of Investment Projects at the Ministry of Finance,

Cota holds a BA in Economics from the Mexican Autonomous Institute of Technology (ITAM) and a Masters in Public Policy from the University of Manchester.

NGI: Oil and gas prices have exploded in recent months. How does this affect Mexico, both at the macro level and at the consumer level?

Quoted : The impact is really strong because Mexico is a net importer of hydrocarbons. If you look at the balance of hydrocarbons, like imports and exports of crude oil, gas and petroleum products, we have a deficit. It is often thought that as a crude oil exporting country, we are a country with a surplus of hydrocarbons. But this is not the case. If you look at the balance between the amount of money we generate through exports and the cost of crude oil, natural gas, and petroleum products that we import, we have a deficit. We import more than we export and therefore the recent surge in hydrocarbon prices is having a negative effect on the country.

We charge more for what we export, but we also pay a lot more for the hydrocarbons we import. Last year, for example, we had a negative balance in terms of oil revenues. From the point of view of international trade, we have a trade deficit in hydrocarbons.

Second, given the size of the Mexican economy and its structure, high oil prices are unfavorable. Even when our trade balance was in surplus, the economy and economic activity were affected by rising prices in general, such as rising natural gas prices, fuel and gasoline prices, and rising prices electricity.

The economy as a whole is therefore impacted. And, when there is significant price volatility in Mexico, the Ministry of Finance intervenes to stabilize prices, which is seen as a benefit, even if in the long run it comes at a very high cost. Why? Because it reduces fuel consumption at a time when demand would normally decline.

This of course provides a temporary benefit and support to the economy for both rich and poor, although it provides a longer term benefit to the rich. It is not a good mechanism in terms of the distribution of wealth, and the existing inequality is exacerbated by this type of subsidy. In the short term, everyone in the economy benefits and feels relieved from the support of the Ministry of Finance, but the truth is that it actually leads to more inequality in the country. This is the impact on the consumer side.

NGI: What about the impact on producers, such as Petroleos Mexicanos (Pemex) or private oil and gas companies?

Quoted : In theory, an increase in hydrocarbon prices would benefit Pemex when selling crude exports, but the problem is that the money earned from these sales is used by the government for various purposes, such as subsidizing gasoline. , which is imported. So the truth is that Pemex is also not benefiting from rising oil prices. Even with an oil price at $100/bbl and with an increase in exports, the revenues generated are mainly used to subsidize gasoline.

So I think Pemex Exploration and Production, PEP, is in an almost hopeless situation. As hydrocarbon prices rise, society earns more money which is immediately spent on gasoline subsidies and, at the same time, oil service companies and upstream suppliers charge more, which means that Pemex’s liabilities are increasing. So I think the effect of the increase in hydrocarbon prices is very negative for Mexico in many ways. Mexico really should have a better strategy in place to be able to react to these types of price swings, which is common in the industry.

NGI: When you talk about a new strategy, what about natural gas? What could Mexico do to strengthen its natural gas industry so that it does not have to spend so much on natural gas imports and is also exposed to unexpected price fluctuations?

coast: I think the wave of import substitution efforts that started with the current administration, especially regarding the Dos Bocas refinery project, would have been much more effective and beneficial to the country if those resources had been directed to the increase in natural gas production. Why? For it seems likely that in the medium term, gasoline will be phased out and replaced, and the planet will begin to use electricity-powered modes of transportation. Thus, Dos Bocas’ investment could be futile in a few decades.

It is not the same for natural gas. Since natural gas is considered a transitional fuel, it seems likely that natural gas will be around for many more decades. We may still need natural gas in one form or another, while gasoline seems not to, which is more likely to be phased out. So I think the strategy of prioritizing a refinery over natural gas development was unfortunate in terms of the medium to long term vision. I think Dos Bocas could end up being a stranded asset, as natural gas would benefit both mobility and the national power grid, given that more than half of the current matrix is ​​powered by natural gas.

Increasing natural gas production is something this country needs, whether in this administration or in future governments. Mexico needs to produce gas to supply the industrial sector, for mobility and to produce electricity.

We have a significant trade deficit with the United States in natural gas and the United States continues to see increasing opportunities to export gas to other parts of the world through liquefaction projects or by compression. Many new opportunities have opened up in recent years for the US gas market and there will certainly be more in the future. If Mexico, which has significant reserves of gas available for production, were to develop these resources, similar opportunities could emerge for the country.

NGI: In your work at Talanza Energy, the company specialized in reducing methane leaks and improving the efficiency of natural gas. Where do you see opportunities to reduce emissions and natural gas leakage in Mexico?

Quoted : The problem in Mexico is that its main company, PEP, has not checked its gas leaks. They continue to emit large amounts of natural gas and methane. So what can we do to improve this situation?

The first thing to do is to put controls in place to limit Pemex’s gas emissions, such as leaks and venting. Currently, around 35% of methane emissions come from leaks alone. This means operators don’t even know where the leaks are, as the gas cannot be smelled or seen. You can smell the gas in your home, but you don’t smell it in the upstream or midstream projects. It doesn’t smell and can’t be seen and that’s a huge amount of gas that’s wasted just because of leaks. Companies are aware of their emissions, but leaks are an international problem. This is a problem in the oil and gas industry globally.

One thing Mexico could do to improve its overall position and efficiency in natural gas is to control leaks. Mexico has good regulations in place in terms of methane emissions, but it doesn’t have a lot of teeth. And the main problem is Pemex, which is the biggest emitter of methane in the country.

In the short term, the solution is to integrate and involve teams and programs to detect and repair these leaks, particularly in PEP. Many international companies have signed net zero agreements and pledged to reduce emissions by 2050, but Pemex is not one of them. To date, Pemex has not made any international commitment to reduce these emissions and leaks.

NGI: Last question: How do you perceive the current state of mind of the Mexican energy sector?

Quoted : I think there is a sense of awakening and encouragement. Together with our clients, we have been very pleased to see that there is renewed activity and interest in compliance and advisory services as their exploration and development plans progress.

We see a lot of drilling plans for this year and next year in both deep and shallow waters. There is definitely a feeling of reactivation. I honestly think the industry went through a downturn where it was crippled, although I think it actually has more to do with Covid and the pandemic than anything else.

We are seeing a similar movement among customers working in natural gas. There is a lot of movement among the major natural gas transporters, especially with regard to methane and the development of new projects. I really see encouraging activity midway through. It is understood that natural gas is a long term fuel and this is reflected in the median activity.

Even though oil and gas auctions are not currently taking place, the size of the surface that has been offered for exploration is immense. It’s about 90,000 square kilometres, which is equivalent to the area that Pemex owns.

So when the industry comments that the cancellation of new tenders has crippled the industry, I don’t see it that way. There is a significant amount of territory and blocks being developed and there is a lot of work going on. Also, I think high oil prices have prompted companies to look to drill again, including in deepwater fields.