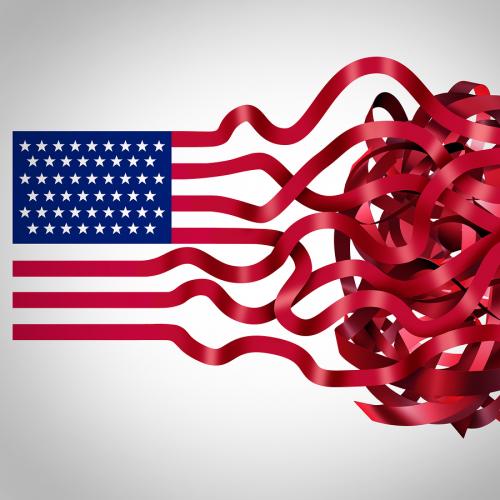 A decree of June 3, 2021 (see our article here) appointed 59 Chinese companies in which US companies are prohibited from buying or selling securities. According to the Biden administration, these companies “threaten the security or democratic values â€‹â€‹of the United States and [its] allies. This statement summarizes the regulatory trend in the United States and in China, as countries clash in a struggle for technological dominance.

A full investigation into the roots of this confrontation is beyond the scope of a blog update, but let’s assume that the United States’ goal in the confrontation is to maintain unipolar technological dominance, supported by its allies. Meanwhile, China’s goal is to achieve economic and political hegemony to compete and overtake the United States, which would require equality or a technological advantage. As President Biden summed up in his first speech to Congress, America must “mend our alliances and re-engage with the world, not to meet the challenges of yesterday, but to meet the challenges of today. and tomorrow. The American leadership must face this new moment of rising authoritarianism, including China’s growing ambitions to compete with the United States. “

Thus, the question for every company, whether it is an investment fund holding securities in Chinese companies, a startup seeking financing abroad, or an industrialist securing its supply chain, is:

Where will the US-China confrontation go next and how do we prepare?

We have had this discussion with the boards, strategy committees and management teams of our global clients. We’ve also seen that corporate trade compliance specialists are well positioned to be a valuable resource to support these discussions. The discussions are broader, but we will take the examples from the NS-CMIC List and Military End User Lists to show how strategic compliance can be achieved through geopolitical analysis.[1]

In recent years, the US government has produced banned and restricted Chinese party lists at a breakneck pace. Here, we’ll focus on two similar but distinct lists to illustrate how we move from reacting to regulations to anticipating and preparing for them.

This is a list of Chinese companies to which the export of items of American origin is severely restricted because the recipient company provides support to the Chinese military.

Apparently, the first list is only for investment funds holding or interested in Chinese securities. The second would only affect those parts selling to Chinese military end users (which, in light of China’s civil-military fusion program, is not a small population of companies).

However, when you extrapolate these metrics, it could affect M&A operations in the United States, startups of all sizes, technology companies, software developers, research institutes, universities, non-US companies and manufacture of all types.

Look beyond the immediate

The CMIC list directly affects US investors and non-US parties investing through US funds. However, when we take a step back, we realize that the regulation is not adopted in a vacuum. It is likely that China will implement a countermeasure. Imagine if China implemented a similar investment ban. This could mean that companies – including non-U.S. Companies – that supply the U.S. government (the world’s largest consumer) could lose access to the hundreds of billions of investment capital that scour China in search of money. a place to land.

The MEU list Directly prohibits the export of certain items to military end users in China. Take a step back and look a little wider, and you’ll see that the ban also includes restrictions on sharing technology with these MEUs. In addition, there are dozens if not hundreds of Chinese universities that provide significant support to the Chinese military. This means that the MEU list may have effects on US research institutions and universities seeking to collaborate with partners in China. It could also cause technology research and development joint ventures to fail.

Looking up and imagining a countermeasure from China, consider what supply chains would look like – again, including sourcing for non-U.S. Companies – if China banned exports. from China to companies that sold to the United States that also sold to the United States Department of Defense. Particularly if the ban included sales of commercial items to a company where that company’s military sales were unrelated to the commercial transaction.

We don’t just build nightmarish scenarios to keep compliance and operations ahead at night. We hope to broaden the thinking on trade control so that we can all reorganize strategic planning and anticipate changes. The market can adapt to any regulatory change. Companies that can anticipate changes can adapt better and beat the market. This is the discussion we are having, and we invite you to join us.

[1] We recognize that â€œthink strategicallyâ€ is a buzzword that is often dismissed when the speaker does not want to deal with the details of the situation. However, we caution you that this is a very detail-oriented strategy, so excuse us in advance if you weren’t expecting to be drawn into the weeds.

Vaccines are free, but coronavirus can cost residents thousands