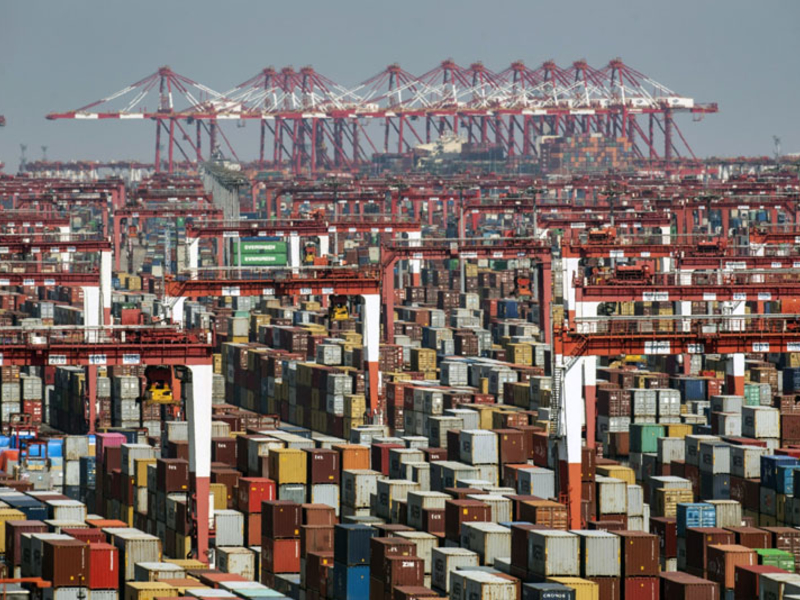 The journey for our particular box of sandy looking ammonium phosphate began in February. It was then that, in the heart of the agricultural hub of the American Midwest, a supplier to farmers in Illinois placed an order for eight containers full of fertilizer from factories in central China.

Before the pandemic, a batch like this typically arrived in Chicago in April, just in time for growers to use it during the planting season, said Steve Kranig, director of logistics at IM-EX Global Inc. , based in Clinton, Wisconsin, who is responsible for coordinating the transportation of the fertilizer cargo.

But as of May, some of the fertilizer was still in Chongqing, 2,400 kilometers west of Shanghai, where it was manufactured. The culprit: a shortage of empty containers for transport. The crucial return of these steel crates from trips to the United States and Europe has been delayed by everything from understaffing to lack of trucking equipment to move cargo out of ports. The Chinese inland city surrounded by mountains is particularly difficult to reach by sea, which reduces the chances of getting one.

It took months for Kranig to secure boxes and places on several ships leaving Shanghai. The fertilizer was loaded into the containers and they were taken to barges on the Yangtze River.

The trip on China’s busiest waterway lasted eight days. This container was lucky because it was shipped before the typhoon season. Others haven’t been so lucky recently.

Traffic on the Yangtze, which saw a record 2.93 billion tonnes of cargo in 2019, was battered by waves of extreme weather that swept through China this summer. Authorities have had to shut off the river during storms, creating serious delays at Chinese ports as ships wait days for passage to resume.

Although the cargo avoided any flooding, it could not escape high transit costs as freight rates skyrocketed on international routes as well as along the Yangtze. In addition to the strong demand for goods as the Chinese economy rebounds, the scarcity of ships is pushing prices up. Shipping companies are withdrawing small coastal vessels for use on long-haul routes like China’s lucrative Trans-Pacific to the United States

“There is already a limited amount of containers traveling the Yangtze River route, and some companies are paying top dollar to take all available containers so they don’t have to try to move their things to Shanghai via highways. non-riverine, ”Kranig said.

The container finally arrived in Shanghai on May 27, and a truck delivered it to the world’s busiest port.

Kranig isn’t sure why the container is still stranded in Shanghai as seven more boxes of the cargo have been on its way to Chicago, but he suspects the chaos that has hit Chinese ports is a major factor. The pandemic has disrupted shipping over the past year and a half, with China becoming a major choke point.

The Yantian port in Shenzhen was closed in May due to a Covid outbreak, creating congestion across the east coast, which in turn had ripple effects across the entire supply chain. global. Earlier this month, shipments also had to be redirected away from Ningbo, the world’s third busiest container port, after an employee tested positive for Covid.

Typhoons and extreme weather conditions made matters worse. In July, the stranded container weathered Typhoon In-Fa, shutting down Shanghai and other nearby ports for about four days.