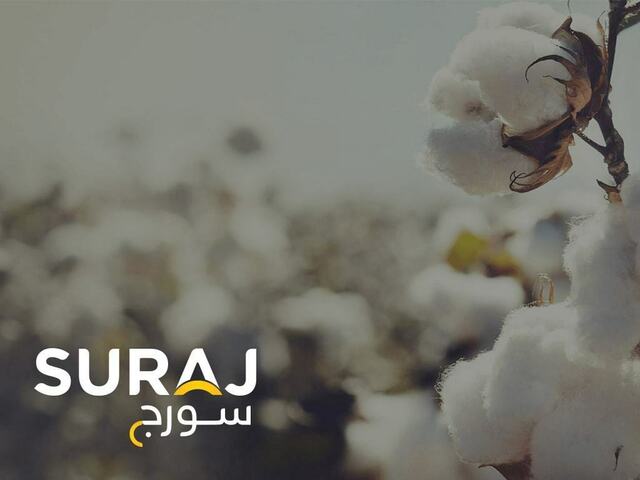 Suraj Cotton Mills Limited (PSX: SURC) was incorporated in 1984 as a public limited company under the Companies Act of 1913. It has four spinning and weaving units in total, located in Karachi, Shahkot in Punjab and Raiwind where she manufactures, sells and markets yarn and fabric, and also processes fabric.

As of June 30, 2021, nearly 48% of the shares were held by associated companies, companies and related parties. In this category, majority shares are held by Crescent Powertec Limited, while Premier Insurance Limited holds the remaining 3.3%. The directors, CEO, their spouses and minor children collectively own more than 29% of the shares, of which Ms. Humera Iqbal holds the largest share at 7.4%. The general public owns about 14 percent of the shares; the remaining shares, above 9 percent, belong to the rest of the shareholder categories.

Suraj Cotton has mostly seen topline growth, with the exception of FY12, FY15, FY16 and quite recently FY20. Profit margins, on the other hand, have fluctuated over the years, trending downward until FY20, after which they improved in FY21.

At 33.5% in fiscal 2018, the company recorded the strongest revenue growth since fiscal 2011. This was largely attributed to the 40 percent growth seen in local sales. , while export sales have halved year on year, from Rs 835 million in FY17 to Rs 440 million in FY18. This may be due to weak demand observed in one of the country’s main export markets, China. Therefore, Suraj Cotton, along with others in the industry, focused on sales in the local market. Production cost reduced to nearly 92 percent, allowing gross margin to increase to over 8 percent. However, the net margin fell to 5 percent due to a significant reduction in other income from 383 million rupees in fiscal year 17 to 96 million rupees in fiscal year 18.

The company remained on its growth path, with revenue increasing by almost 26%. Export sales continued to decline, while local sales accounted for a larger share of revenue, contributing Rs 13.6 billion against Rs 372 million in export sales. The cost of production fell to its lowest level in three years, at 88.6 percent. As a result, the gross margin improved to 11.4 percent. This was reflected in the bottom line as well, as the net margin was recorded at 6%. However, the increase in the net margin was less pronounced since the taxation was established at a negative amount of Rs 211 million, against a positive tax figure for the last two years.

After consecutive growth over the past three years, FY20 revenue was down 7.8%. Both local sales and export sales declined. This has been attributed to lockdowns due to the outbreak of the Covid-19 pandemic which forced trade and production processes to abruptly halt. Production costs increased slightly as a percentage of sales, to almost 90%, causing gross margin to drop to more than 10%. But with noticeable support from other income, the net margin was relatively contained at 5.6%. the majority of the increase in other income comes from dividend income.

During FY21, revenues increased by nearly 35%, reaching over Rs 17 billion, against Rs 12.9 billion in FY20. This is due to an improvement in product prices, combined with the stocks sold from the previous year that were carried over.

Towards the end of the year, demand in the local market also started to increase. On the contrary, the majority of the sales growth was driven by local sales growth. As a result, production costs fell to an all-time low of 80 percent, allowing gross margin to peak at 19.8 percent. In addition, other income generated by dividends and asset management company returns also contributed to the bottom line, bringing the net margin more than double year-on-year to 14.7%.

FY22 first quarter revenue grew 21.6% as the year started with positive economic growth prospects and encouraging demand, compared to 1QFY21 which started after a long period. containment. Although due to inflationary pressures, commodity prices fell, but as a percentage of turnover, production costs fell significantly year on year, from 87.5% to 1QFY21 at nearly 75% at 1QFY22. As a result, the gross margin dipped to 25%; this was also reflected in the net result, with a net margin recorded at 16.7%.

The company expects cotton production to be around 8.5 million bales, but the demands of the textile industry exceed this target, forcing it to depend on imported cotton. In addition, another challenge is rising input prices as demand after the Covid surge, as the local currency continues to lose against global currencies, further increasing the prices of imported products.

In addition, the company bought new machines for its new weaving unit which is expected to start commercial production by 2022 and provide economies of scale.