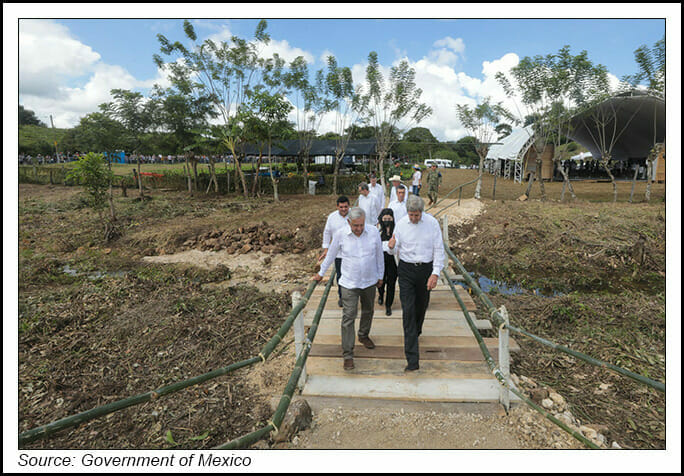 A bipartisan group of Texas lawmakers has called on the Biden administration to intervene on behalf of U.S. energy companies operating in Mexico amid the latter country’s increasingly nationalistic energy policies.

Senators John Cornyn and Ted Cruz, along with 18 of the state’s 32 U.S. officials, signed a letter to U.S. Ambassador to Mexico, Ken Salazar on Tuesday, October 19, expressing concern over “recent steps taken. by the Mexican administration to promote public enterprises (state-owned enterprises) and repel American investment.

Through a legislative overhaul proposal, Mexican President AndrÃ©s Manuel LÃ³pez Obrador seeks to overturn the provisions of Mexico’s historic 2013-2014 constitutional energy reform, as well as the existing private sector participation regimes in the electricity sector. since 1992.

The law would require CFE to supply 54% of the country’s electricity, with private sector producers providing the rest.

In addition, it would ban self-supply contracts for large electricity consumers, effectively forcing them to purchase electricity from CFE.

The reforms “would increase state control over the electricity sector and severely limit private investment,” the signatories of the letter said.

These actions “violate the spirit and the letter” of the United States-Mexico-Canada Agreement (USMCA), the Texas delegation said, “and must be addressed.”

Lawmakers implored Salazar “to engage directly with senior Mexican government officials to ensure that U.S. energy companies are able to export goods fairly and can continue to drive private investment and the growth of employment throughout the region “.

Texas lawmakers aren’t the only ones citing LÃ³pez Obrador’s policies as violating the USMCA.

Talos management said last month that the company had filed notices of dispute with the Mexican government over the Sener Energy Department’s decision to grant Zama operation to Pemex, despite a consortium led by Talos made the discovery.

The AsociaciÃ³n Mexicana de Suministradores Calificados (AMSCA), or Mexican association of qualified suppliers, joined a chorus of business groups on Wednesday that spoke out against proposed changes in the electricity sector.

[Get in the know. Access to pipelines, processing plants and LNG facilities is imperative to success in the Mexico natural gas market. Buy NGIâ€™s 2022 Mexico map today.]

The proposed reform, by canceling existing contracts and permits, would amount to expropriation, the group said.

In addition, it “would eliminate competition, and therefore the right of Mexicans to access competitive electricity prices,” AMSCA said.

Many professional groups have also expressed their opposition to the reform on environmental grounds.

Against this background, the US President’s Special Climate Envoy John Kerry visited Mexico this week to observe Mexico’s Sembrando Vida tree-planting program and highlight the urgency of the climate crisis ahead of the 26th climate summit of the Conference of the Parties (COP26) in Glasgow in November. .

In a speech, Kerry made no mention of proposed reforms or the grievances of US energy companies doing business in Mexico.

“During the visit, President LÃ³pez Obrador shared his decision to begin a structured transition towards greening Mexico’s energy sector and strengthening its energy independence,” the countries said in a joint statement.

The statement added that Mexico plans to “cooperate closely with the United States to accelerate the deployment in Mexico of renewable energies, including wind, solar, geothermal and hydroelectric power, as a major step in Mexico’s commitment to strengthen the ambition of its nationally determined contribution under the Paris Agreement next year.