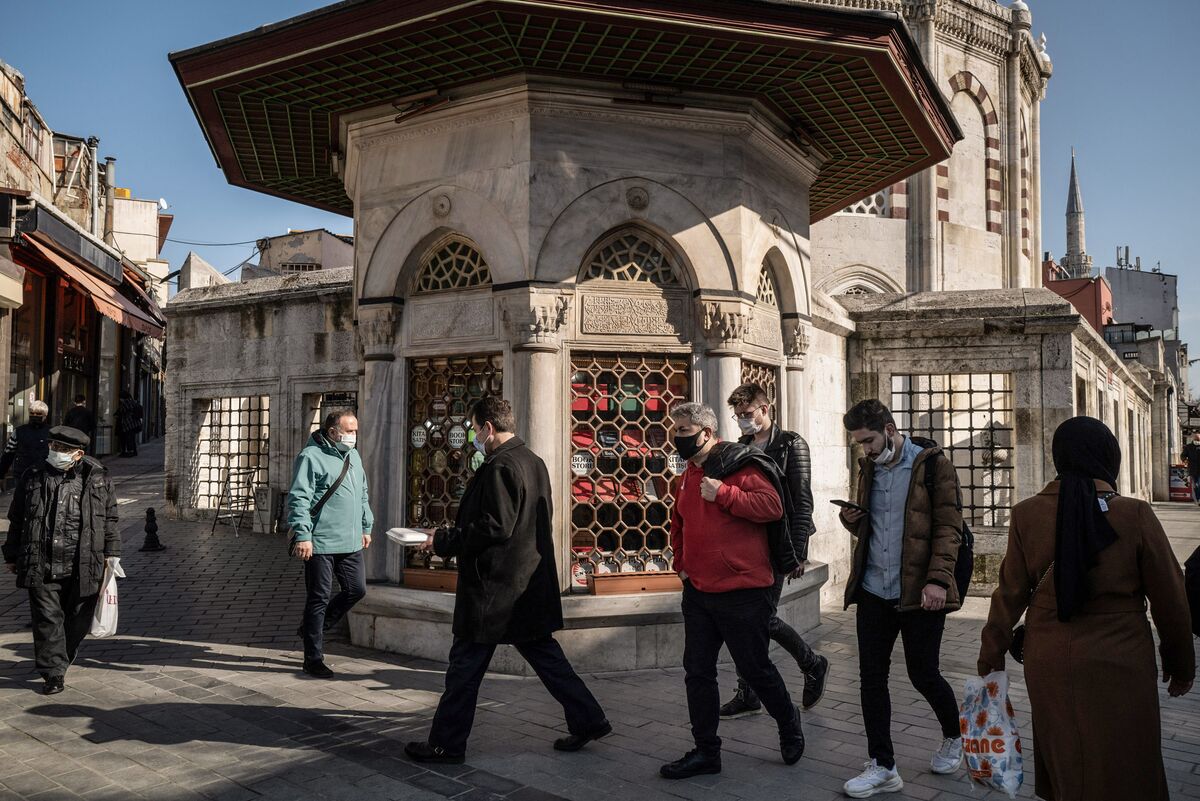 Turkey’s economy has likely outperformed most of its peers, but at a price

Turkey’s economy has continued to grow at a steady pace so far this year, but that doesn’t necessarily mean its citizens are getting richer.

The $ 717 billion economy has likely outperformed all of the Group of 20 countries except China in the first quarter, after nearly stagnating a year ago when the pandemic struck. It was supported by robust consumption on the back of the government-led credit surge last year, an expansion that came at the expense of price and currency stability.

Monday’s data is expected to show gross domestic product up 6.3% from a year earlier and 1.3% from the fourth quarter, according to medians of Bloomberg survey forecasts. Treasury and Finance Minister Lutfi Elvan said on Thursday that “data points to 6% growth in the first quarter”.

There is an ‘exchange rate illusion’ in Turkey’s economic growth data, according to Enver Erkan, chief economist at Istanbul-based Tera Yatirim, who is ranked by Bloomberg as the most accurate forecaster on the data of Turkish GDP.

Noting that GDP per capita in US dollars has fallen nearly 40% since 2013 to around $ 7,700 last year, Erkan said Turkey’s recent economic model is not sustainable as growth is mainly driven by consumption supported by public spending and loan campaigns.

“This is done at the expense of the lire and price stability,” he said.

The government has pushed banks to step up lending to help businesses and consumers overcome last year’s Covid-19 emergency. The credit boom was accompanied by an initial easing cycle that helped stimulate the economy. This growth spurt weakened the currency by 20% last year and kept headline inflation in double digits. The size of the economy fell to $ 717 billion last year from $ 760.8 billion a year earlier.

The currency lost another 10% against the dollar in the first quarter, especially after President Recep Tayyip Erdogan sacked hawkish former central bank governor Naci Agbal in March. The decision to fire Agbal, who had sought to restore the central bank’s credibility, triggered a rapid reversal in investor enthusiasm, plunging Turkish markets into a sharp dive.

The data reveals the challenge facing new central bank governor Sahap Kavcioglu as he seeks to restore price stability without cooling the economy ahead of the 2023 general election.

Kavcioglu pledged the continuity of his policy after his appointment and kept the benchmark interest rate unchanged at 19% for a second meeting this month, saying the pace of price hikes peaked in April. Consumer inflation accelerated for a seventh month to 17.14% in April.

Before he’s here, it’s on the Bloomberg terminal.