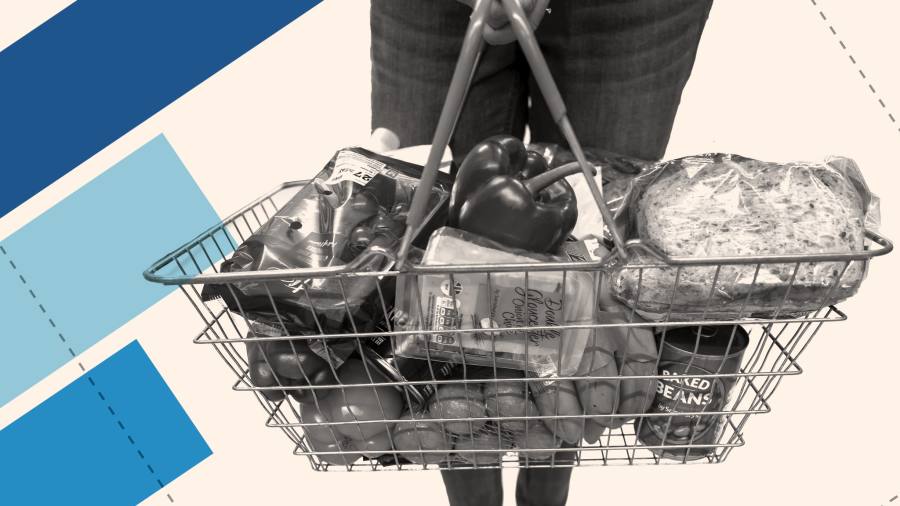 The UK is set to experience the highest inflation in the G7 not just this year but also in 2023 and 2024, economists say, reflecting how Britain is struggling with a toxic combination of price rises recorded in Europe and North America.

A Financial Times analysis of the causes of rising prices in the world’s major economies shows that Britain – where the inflation rate hit a 40-year high of 9% in April – combines the worst aspects of other countries of the G7.

The UK is facing a huge rise in energy prices, like many countries in continental Europe. But Britain is also grappling with a sharp rise in the prices of other goods and services, like North America.

Energy prices, a combination of electricity, gas and road fuels, contributed 3.5 percentage points to the UK’s 9% inflation rate in April, much the same as in Germany and in Italy. It highlights how severely Europe has been exposed to rising energy prices as the global economy reopened after the Covid-19 pandemic, and Russia’s invasion of Ukraine amplified the problem.

Meanwhile, other goods and services contributed 5.5 percentage points to inflation in the UK in April, similar to the US and Canada. As the pandemic subsided, prices for goods and services rose as consumer spending outpaced businesses’ ability to meet demand.

This combination of inflationary factors from Europe and North America puts the UK in the unenviable position of having the highest inflation in the G7 in April, and economists expect the situation to persist. until 2024.

It highlights how Britain’s inflation rate is likely to be well above the Bank of England’s 2% target for an extended period.

Ben Nabarro, an economist at Citigroup, said the government’s plan to compensate households for increases in the cost of living “raises the risk of [UK] inflation,” as well as the intensification of the BoE’s dilemma in deciding how far to raise interest rates to rein in rising prices.

“This suggests the trade-off facing monetary policy between [economic] growth and inflation are likely to get tougher,” he added.

The UK rose to the top of the G7 inflation charts last month when April figures included a 54% increase in the regulated energy price cap which determines the level of gas bills and electricity from most UK households.

This pushed the annual energy inflation rate, including petrol, to 52% in the UK, higher than any other G7 country. It increased at an annual rate of 39% in Italy in April.

France has imposed strict limits on rising household energy bills, while the United States, Canada and Japan – either being self-sufficient in gas or relying much less on it for power generation compared to many European countries – have not experienced a price spike.

Petrol was the source of the largest price increases in the United States, which were 44% higher in April, compared to 31% in the United Kingdom. Road fuels have risen more in the US because gasoline and diesel taxes are much lower, so the cost fluctuates more with the world price of oil than in most European countries.

Japan, which has faced problematically low inflation since the early 1990s, recorded a rate of 2.5% in April, including 1.4 percentage points due to rising energy prices.

BoE Governor Andrew Bailey suggested last month that global forces such as Russia’s invasion of Ukraine and China’s zero Covid policy were behind the UK’s soaring inflation – that the central bank expects to reach 10% in the fourth quarter.

“To predict 10% inflation, then say . . . “There’s not much we can do, about 80 per cent of it ‘is, I can tell you, an extremely difficult place to live in,’ he told MPs last month , attributing the rise in prices to “energy and traded goods”.

FT’s analysis of the drivers of inflation in the G7 countries shows how the UK combines the negative factors found in both continental Europe and North America.

Rising energy prices only contributed 38% to inflation in the UK in April, compared to 50% in France and Germany and almost 60% in Italy and Japan.

This meant that other goods and services provided 62% of inflation in the UK, compared to 74% in the US and 75% in Canada.

This suggests an imbalance between levels of consumer spending in the UK and the ability of businesses to supply, partly due to the additional trade barriers that have accompanied Brexit.

The different consumption habits of British consumers compared to their counterparts elsewhere in the G7 are clearly not responsible for the higher level of inflation in Britain.

The FT has recalculated inflation figures for G7 countries using UK spending habits, which are generally less focused on food and more on restaurants and leisure activities, but little has changed. global comparisons between nations.

The widespread nature of inflation in the UK raises the question of whether the BoE has the appetite to take tough enough action to tame it.

As economists expect inflation to start falling later this year, there are growing fears among business leaders that excessively high price rises will persist.

The Institute of Directors, a business lobby group, found in a survey that just 28% of respondents last month believed inflation would fall to the BoE’s 2% target by the end of the year. 2023, compared to 33% in April.

Kitty Ussher, chief economist at IoD, said: “The disappointment in the performance of the UK macro economy, particularly around inflation but also in the day-to-day impact of Brexit, is affecting very real investment decisions. business leaders”.