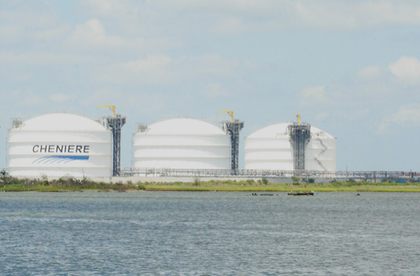 
The days of promoting liquefied natural gas as “freedom gas” or “freedom molecules” have come to an end at the US Department of Energy.

During a visit to Houston on Friday, US Energy Secretary Jennifer Granholm said the Biden administration would prefer to promote and sell a cleaner version of the fuel from the super-cooled power plant. The statement marks a policy change from the Trump administration, which has rolled back environmental regulations and heavily promoted US LNG to the world.

The energy industry has come under increasing pressure from investors and governments to step up efforts to reduce greenhouse gas emissions, with dramatic wins for campaigners over Big Oil last week. US LNG manufacturers are looking to make their image greener in order to secure supply agreements with environmentally conscious customers in Europe and Asia.

The Biden administration, Granholm said, is studying carbon capture and sequestration technology, which would absorb emissions from LNG plants and other facilities, transport them by pipeline, and then inject them underground.

“We want to be able to promote and sell clean technologies,” said Granholm after a visit to an Air Liquide SA hydrogen plant in La Porte, Texas. “It could be carbon-free natural gas or natural gas that has methane flaring eliminated.”

Houston-based Cheniere Energy Inc., the largest US exporter of LNG, recently announced that it will include carbon emission labels with its cargoes, allowing customers to verify a shipment’s environmental footprint. One of the company’s LNG carriers recently participated in a study analyzing emissions during a round trip between Texas and Europe.

Arlington, Virginia-based Venture Global LNG announced last Thursday that it plans to implement carbon capture and sequestration at three export terminals in Louisiana, where one is already under construction and is expected to produce its first drops of fuel later this year.