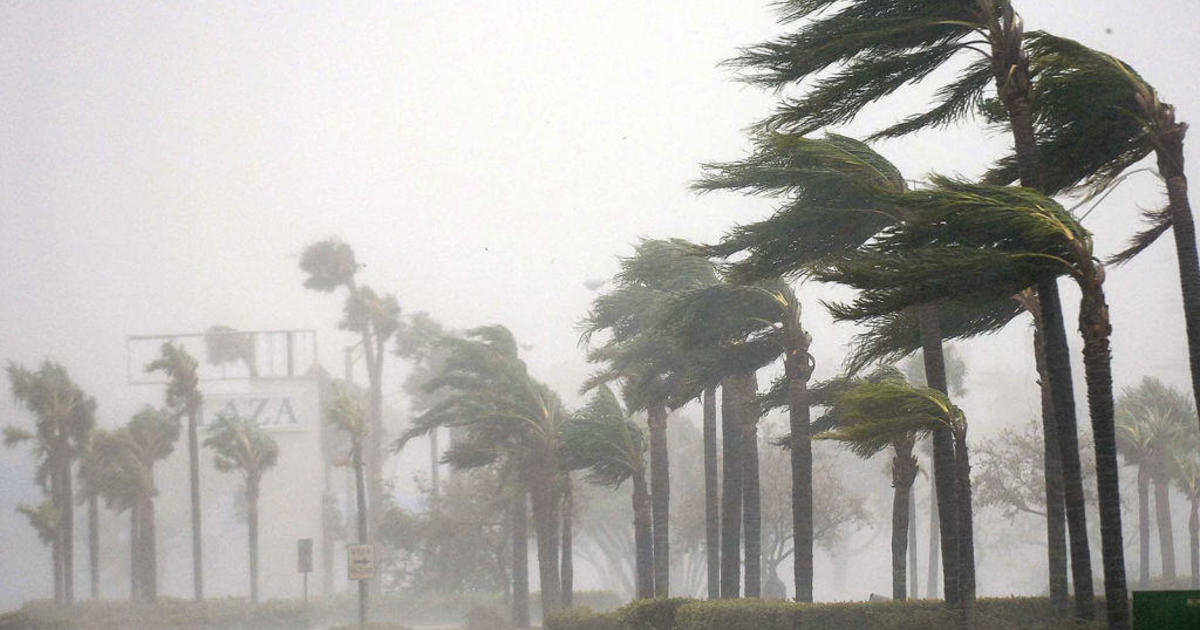 What to know about the 2022 Atlantic hurricane season

June 1 marked the official start of the 2022 Atlantic hurricane season. The season will run until November 30, and the National Oceanic and Atmospheric Administration (NOAA) says it is expected to produce “above average” activity – which would make it the seventh straight season above average.

Hurricanes are considered the most powerful weather events on Earth, according to NASA, which makes understanding and preparing for them of utmost importance.

What are the hurricane categories and what do they mean?

Hurricanes are rated on a scale of 1 to 5. Based on the storm’s sustained wind speeds, the Saffir-Simpson Hurricane Scale is used to prepare residents for potential damage from a storm.

The National Hurricane Center explains that “major” hurricanes are classified Category 3, 4, or 5 due to their “potential for significant loss of life and damage”, and these major hurricanes are responsible for 85% of all hurricane damage. Although Category 1 or 2 hurricanes are less dangerous, they still require preparation and safety measures against damage or injury.

“Very dangerous winds will cause damage: Well-built frame homes could have damage to the roof, shingles, vinyl siding, and gutters. Large tree branches break and trees with shallow roots can be knocked over. Extensive damage to power lines and poles will likely result in power outages that could last anywhere from a few to several days. »

“Extremely dangerous winds will cause considerable damage: Well-built frame homes could suffer significant roof and siding damage. Many trees with shallow roots will be broken or uprooted and block many roads. A near total loss of power is expected with outages that could last from several days to several weeks.”

“Devastating damage will occur: Well-constructed framed homes can experience significant damage or removal of roof decking and gables. Many trees will be snapped or uprooted, blocking many roads. Electricity and water will be unavailable for several days to several weeks after the storm has passed.”

“Catastrophic damage will occur: Well-constructed frame homes can sustain severe damage with the loss of most of the roof structure and/or some exterior walls. Most trees will be snapped or uprooted and utility poles knocked down. Fallen trees and utility poles will isolate residential areas. Power outages will last for weeks or even months. Most of the area will be uninhabitable for weeks or months.”

“Catastrophic damage will occur: A high percentage of frame houses will be destroyed, with the roof completely breaking and the walls collapsing. Fallen trees and utility poles will isolate residential areas. Power outages will last for weeks or even months. Most of the area will be uninhabitable for weeks or months.”

What is the forecast for the 2022 Atlantic hurricane season?

At the start of the season, NOAA researchers predicted a 70% chance between 14 and 21 named storms, with winds of 39 mph or more. Six to 10 of those storms are expected to become hurricanes, and three to six hurricanes are expected to be “major,” Category 3 or greater.

“As we reflect on another potentially busy hurricane season, past storms – such as Superstorm Sandy, which devastated the New York metropolitan area a decade ago – remind us that the impact of a storm can be felt for years,” NOAA Administrator Dr. Rick said. says Spinrad.

What are the names of the storms?

Each year, the World Meteorological Organization announces 21 names for the upcoming Atlantic hurricane season. This year’s list of names begins with Alex.

In 2021, forecasters ran out of storm names for the third time and the second year in a row. During these two years, officials used letters of the Greek alphabet when predicted storm names have been exhausted. But now, if the list is exhausted, meteorologists will choose from an additional list of names instead.

According to NOAA, several climatic factors can affect the severity of a hurricane season. This year, La Niña, warming sea temperatures and climate change are all expected to play a role in the harshness of the season.

La Niña is a pattern of cooling waters in the Pacific, pushing the jet stream north. “Hurricane impacts from El Niño and its La Niña counterpart are like a see-saw between the Pacific and Atlantic oceans, enhancing hurricane activity in one region while weakening it in the other,” says NOAA.

Researchers also have a increasing amount of evidence this climate change creates hurricanes and other more intense storms around the world. Climatologists say warmer temperatures caused by climate change allow the air to retain more moisture. Hurricanes are getting wetterstronger and escalate faster.

Who is at risk?

Hurricanes make landfall along the coast, but coastal residents aren’t the only ones at risk.

“Anyone can be in the direct path of a hurricane and in danger from the remnants of a storm system,” FEMA Administrator Deanne Criswell said. “It is important that everyone understands their risk and takes proactive measures.”

Because hurricanes can be volatile storms, quickly changing categories and directions, experts recommend that everyone have an up-to-date hurricane preparedness plan. Even residents who don’t live in coastal areas may be at risk of flooding “hundreds of miles inland,” according to NOAA.

“Early preparation and understanding your risk is key to being hurricane-resistant and climate-ready,” said Commerce Secretary Gina M. Raimondo, whose department oversees NOAA.

Steps to prepare for a storm:

Develop an evacuation plan: It could be at a friend’s house and doesn’t have to be miles and miles away, but families should also consider bringing pets

Assemble Disaster Supplies: Experts suggest having enough “non-perishable food, water, and medicine for each member of your family to live for at least 3 days.” Cash, battery-operated radios and flashlights can be useful in the event of prolonged power outages.

Check your insurance policies: Make sure you have enough insurance to cover potential repairs. If flooding is a hazard, it will most likely require a separate flood insurance Politics.

Strengthen your house: Whether you’re staying put or evacuating, make sure your home is in good shape and ready for the storm. Plywood, steel or aluminum panels can be used to protect windows and doors from high winds

Prepare in advance: “The time to prepare for a hurricane is before the season starts, when you have the time and you’re not under pressure,” advises NOAA. “If you’re waiting for a hurricane to be on your doorstep, chances are you’re under duress and making the wrong decisions.”

More advice can be found on ready.gov and listo.gov in Spanish. FEMA also encourages people to download the FEMA app to receive up-to-date emergency information.

CBS Miami has a 2022 hurricane preparedness guide you can Download here.