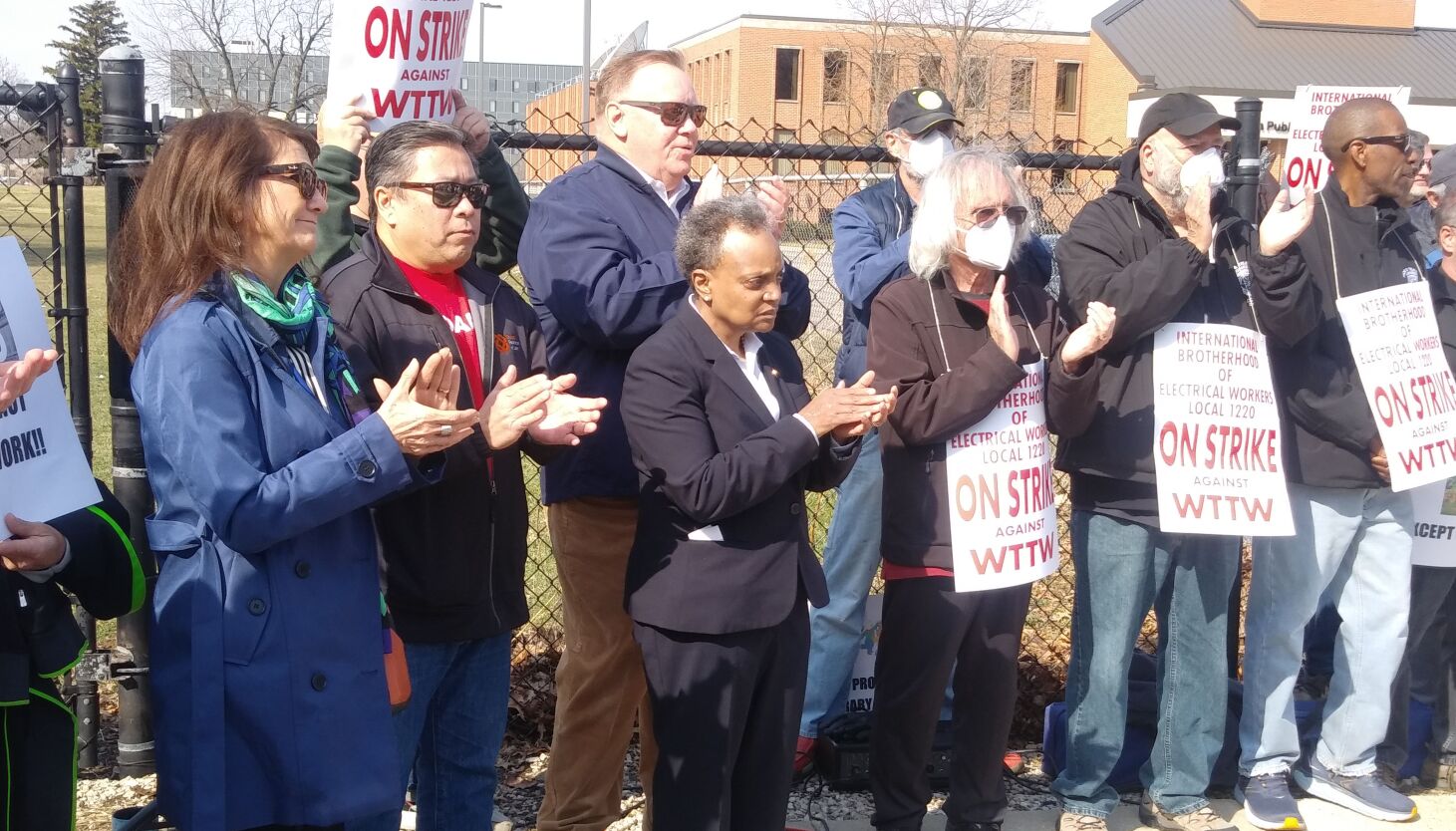 The strike between WTTW-Channel 11 and members of the electricians union took a bitter turn on Tuesday as the state broadcaster notified it was cutting workers’ health insurance.

Members of the International Brotherhood of Electrical Workers Local Lodge 1220 said they received notice from WTTW that their employer-sponsored insurance would end on Friday, April 1. No discussion has taken place since the start of the strike on March 16.

Workers can continue to receive health coverage by enrolling in the federal COBRA program, which has high premiums because there is no employer subsidy. Local 1220 business representative Brett Lyons said the union is exploring ways to help workers, who are not receiving strike pay.

Both parties blame each other for the deadlock in the negotiations.

“If we received notice from the company today, we would be ready to talk in a few hours,” Lyons said.

A WTTW spokesperson cited the COBRA option as an alternative for workers and said the company assumes the union discussed this issue with members before the strike was called. “While the union has said it will only bargain if the company makes further concessions, the company has made it clear to the union negotiating team that it is ready to resume negotiations in good faith, with Give and take on both sides,” the spokesperson said.

Workers said they went on strike because management wanted to undermine job protections and transfer their jobs to non-union staff. WTTW described it as the modernization of the labor agreement to accommodate new technologies.

“This company would rather jeopardize the health and well-being of two dozen employees with families than sit down and meet with the union to discuss solutions,” said Local 1220’s business manager , John Rizzo. “This is a bullying tactic we’ve seen from this company over the past two years, but it’s taken to a new low.”

This is the IBEW’s first strike in nearly 70 years of contracts with WTTW owner Window to the World Communications.

The strikers won public support last week from Mayor Lori Lightfoot and other politicians. The Illinois Democratic Party asked its members not to “cross picket lines” when appearing on WTTW during the strike.

WTTW has been airing abridged versions of its Chicago Tonight news program since the strike began.

Start typing to see results or hit ESC to close
united states long term north america covid pandemic market share
See all results
More Stories
Eye on the Pie: inflation, the price to pay to get what we want |